We Must Asset our Contributions and Value to America 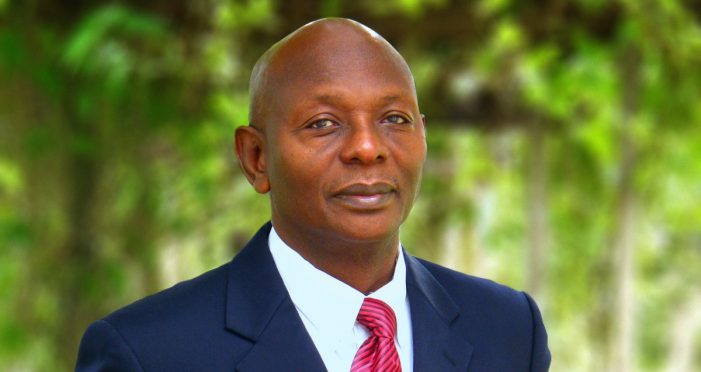 It is easy to pinpoint examples of the excellence of Caribbean people and our ineffaceable impact on the fabric of American society. They are there in the origins of hip hop, in education, in cinema, in law, in the civil rights movement, in the black enlightenment sphere, in religion, in literature, in law and politics – they are everywhere.

Icons, some no longer with us, seniors and younger citizens of Caribbean origin and heritage, embody the spirit and character of Caribbean people and are etched in history and memory.

From the inception of the founding of these United States to now, Caribbean people have shaped and influenced and, in diverse ways, built America. In numerous instances, our contributions have been and are defining. Often, we have been the first and best at what they do.
Alexander Hamilton, born in Nevis, was the first US Treasury Secretary. His ingenuity and competence was such that what he conceived as the US financial structure is still the basis of commerce and finance to this day. Additionally, he was the chief influencer and agitator for union.
Irving Burgie, of Barbadian heritage, wrote the lyrics and music to the first million selling record, Grandmaster Flash of Barbados was a founder of hip-hop and, well, there is Rihanna. The name alone says all of the young woman who sits at the top of the entertainment/fashion/cosmetics word.

There is Dr. Velma Scantlebury, the first black female transplant surgeon of the USA, and Guyanese Dr. Deborah Persuad, whose research in AIDS and HIV in children has been as groundbreaking as it has been life-saving.

While we personify, and it is easy to do so, the accomplishments of Caribbean people in America, in doing so do not let us forget the collective effect of our people on this society.

First, there is the fact that the Caribbean was the source of the first blacks to come to America. And three exceptional examples of Caribbean indelible weight come instantly to mind. Caribbean people made immeasurable contributions to the Harlem Renaissance, the cultural firmament of black America.

Barbados’ colonizing of South Carolina is still widely evident in that State in the architecture of Charlestown, the cuisine and the indigenous Gullah people.

And one of America’s most significant economic drivers in history, a prime asset and marvel of the word, the Panama Canal, was overwhelmingly constructed by Caribbean people, mostly Barbadians and Jamaicans but citizens from most of the countries in the region.
Simply, the impact of the Caribbean people on all aspects of American life is in inverse proportion to the size of the region and our numbers in America. It is doubtful that any area of similar small size has contributed so fulsomely and definitively to the development of America.

Today, the 13 million plus persons of Caribbean origin – 6 million outside of Puerto Rico and the Dominican Republic – continue to be an important and essential component of America and our concentration in certain areas is not only changing the culture and landscape but can be important in deciding and changing the trajectory of politics and policy.

In New York, the one million people from the English speaking Caribbean alone, concentrated in certain areas of Brooklyn, for instance, can be game changers.

With the past history and present imperatives, it is somewhat incongruous that it appears that the acknowledgment and celebration of Caribbean American Heritage Month seems very removed from the mainstream and reduced to the Presidential Proclamation and either token efforts or minor activities highlighting the Caribbean-American nexus.

Note even the elevation of the first female as Vice President, Kamala Harris of Jamaican heritage, has changed the conversation. Not at the national level, more troubling not at the State level and, sometimes, not even at more granular levels. Not if the media, traditional and new, are any guide and not if New York, for instance, is surveyed.

There is, therefore, much room for personal and collective celebration of Caribbean American Heritage Month and its salute commensurate with the history and ongoing impact of Caribbean people.

In all ways, then, Caribbean people must lead the process to ensure our work and worth, historically and now, do not become a footnote in everyday American life.

We must assert our substantial contributions and value to American society. With Caribbean people continuing to occupy positions of power and influence, and otherwise exhibiting excellence, this is the perfect time to rally so that the efforts that led to the 2006 official institution of Caribbean American Heritage month and its celebration do not fade.

In this vein, I wish to salute all persons with Caribbean connections who in their daily lives continue to be exemplars of the best traditions of the region in their civility, neighborliness, industriousness, dedication to achieving and who showcase the wealth of Caribbean culture, from clothes to cuisine, and in so doing instill our heritage in communities throughout the United States.

Let us rally around Caribbean American Heritage Month, and at all times, strive to keep our shared history and present inputs relevant and at the forefront of American life, where it should be.