On Monday, a bronze sculpture of Gibson, the first black player to win a Grand Slam, will be unveiled outside Arthur Ashe Stadium at Flushing Meadows in New York - the world's biggest tennis arena named after another pioneering African-American. These two tributes stand as testaments to obstacles overcome, during a time when the United States was politically and socially rooted in racial segregation. 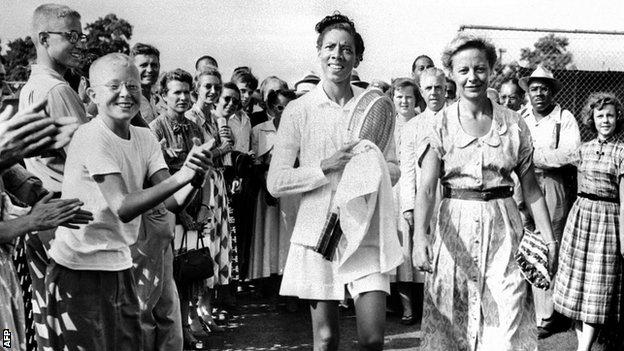