As NYC School Board Meetings Return in Person, Will Parent Participation Dwindle? 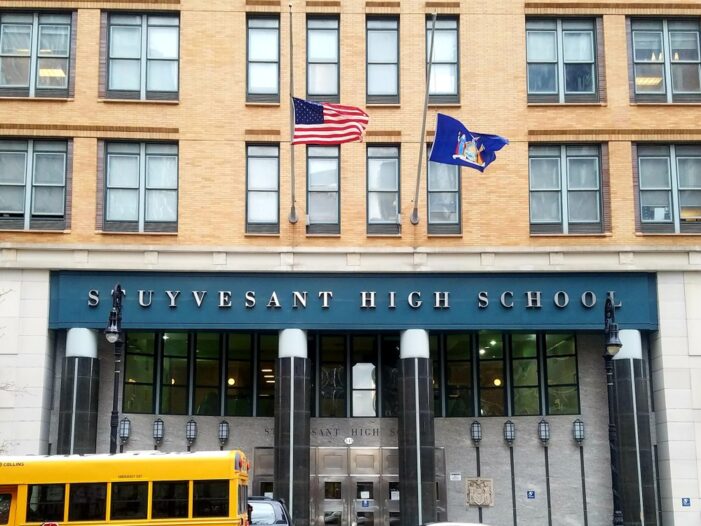 For many New York City parents, the move during the pandemic to virtual school board meetings meant they could attend without having to scramble for child care or figure out transportation.

Now, participating in these meetings could once again become difficult, and that could have important consequences in terms of whose voices get heard when the city makes policy decisions.

After extending New York’s COVID state of emergency several times, Gov. Kathy Hochul allowed it to expire earlier this month, putting an end to virtual public meetings governed by the Open Meetings Law. The city, however, extended its local state of emergency through Oct. 22, giving boards some more time to figure out next steps.

Meetings covered under the state’s Open Meetings Law can go hybrid, but it could get complicated.

A board can pass a resolution or change their bylaws allowing for individual members to attend virtually due to illness, disability, caregiving responsibilities, or any other “significant or unexpected factor or event.” But quorum of board members must still be present in person.

Several public bodies governed by the state’s Open Meetings Law have passed resolutions to hold hybrid meetings, though many have not, and some parent advocates worry that will prevent many families from being able to show up. With unvaccinated parents still barred from schools, in-person-only meetings might mean they can no longer participate. Hybrid meetings, on the other hand, can require tech equipment and expertise that some of these volunteer bodies might not have. And for many school board members — most of whom are caretakers — who will get to dial in and who will have to show up?

“You could be cooking dinner for your kid and participating in a meeting at the same time,” said Kaliris Salas-Ramirez, a member of the city’s Panel for Educational Policy, or PEP, of online meetings.

Open Meetings
The rule applies to the PEP, a largely mayoral appointed board that only approves (or rejects) contracts, and also provides one of the few spaces for families and advocates to publicly express their views on issues from school closures to disciplinary changes. The panel, which is required to livestream their meetings, has yet to vote on whether to allow hybrid member participation or whether they will take public comment via teleconference.(PEP meetings have lasted well past midnight both virtually and in person.)

The Open Meetings Law also affects charter school boards, school leadership teams (each schools’ joint educator-parent committee that makes instructional and other decisions), and the 36 parent-led Community Education Councils, which are largely advisory but also have the power to shape school zone boundaries.

These education councils, known as CECs, add “a layer of democracy,” and “to the extent that members use their platform, it’s an extra set of eyes that represent the views of parents,” one former member told Chalkbeat. They have also become the forum for heated debates over changing admissions policies in attempts to integrate one of the country’s most segregated school systems, with a recent election push from both sides of the aisle to get their preferred candidates on the councils.

So far, nine of the 36 parent councils have sent resolutions to the education department to approve hybrid meetings, according to school officials.

The open meetings rule does not apply to parent-teacher association meetings. Those bodies can choose to have in-person, virtual or hybrid meetings, according to regulations the PEP passed in November. (And while many board meetings are returning to in person, parent-teacher conferences at schools will be remote this year.)

Many online CEC meetings have not only been helpful for parents, Salas-Ramirez said, but educators also found it easier to attend meetings, allowing more collaboration between parents and teachers, said Salas-Ramirez, a former president of the education council in East Harlem’s District 4. Since their meetings moved online, anywhere from 60 to 250 people attended, she estimated.

“In person, I kid you not, it’s five people,” she said. “Before, half of the parents didn’t even know what a CEC does. They didn’t know what a PEP does.”

‘A big undertaking’
The Citywide Council on Special Education, the advisory group representing families who have children with disabilities, voted to hold hybrid meetings in the hope that it will allow their community continued access to its meetings, said member Paullette Healy.

“Our families experience a multitude of challenges of having children with disabilities and/or being disabled themselves,” she said. “Because we are citywide, we have an added challenge of traveling to all five boroughs … That has always posed an immense challenge with acquiring enough members to make quorum, and we did not reach many of our community by doing it in this fashion.”

The council plans to hold its first hybrid meeting of the year on Sept. 29 at the education department’s Lower Manhattan headquarters, but Healy is concerned the group may run into some technical difficulties.

They had issues trying to broadcast from the 19th-century building before and without “proper technology,” the issues may continue. Healy worries that other parent councils might run into similar challenges given the lack of support from the education department in terms of providing the technology or equipment needed for hybrid meetings, she said.

“Many of us use our own personal equipment or are forced to use our minuscule budget to purchase,” Healy said. “We have discussed this with the DOE on many occasions to no avail.”

Many of schools still lack reliable WiFi, and CECs — typically their administrative assistants — have to bring a slew of equipment, including laptops, microphones, hotspots, and headphones, to the school hosting the meeting and back to their district office.

Education department officials said they typically provide technical assistance to CECs for their town halls with the chancellor and are exploring future tech assistance based on need and resources.

In Bedford Stuyvesant’s District 16, Community Education Council President NeQuan McLean would like for his members to offer hybrid meetings — he even pushed Albany for the option — but for now, they don’t feel like they have the capacity to do so.

“This situation has caught us in a tight predicament,” McLean said.

His CEC is among several that lack an administrative assistant — “because the salaries are so low,” he said — which means all of the work to set up meetings and create various documents in the required timeframe fall on him and other parent volunteers.

Loss of flexibility
Holding in-person meetings is easier than offering hybrid ones, McLean said. You can simply hand out documents without also making a slideshow. You don’t have to monitor online comments, or choose which of the six members out of 11 have to show up in person. Also when meetings are online, they tend to run longer, which could be a problem for the in-person members who might need to travel home late at night.

Yet, McLean worries that being only in-person will hinder participation, and he’s still hoping to go hybrid at some point. His CEC, too, saw upwards of 100 people at remote meetings compared to about 25 for past in-person meetings.

But the cost to do it well is beyond their meager budget.

“The proper way to do it: you need a camera that shows the dais, you have microphones for people to speak into and then feed that in,” McLean said. “We need at least $25,000 to buy the proper equipment.”

For charter schools, which hold regular board meetings, the New York Charter Schools Association has spread the word to make sure schools were aware of the new requirements and ready to implement them, its executive director Yomika Bennett said.

The emergency pandemic meeting rules allowing more flexibility resulted in much greater engagement and participation for the public, Bennett echoed.

“We are disappointed by the loss of that flexibility in the law and the layers of new rules boards have to navigate,” she wrote in an email. “That said, we are grateful that the law preserves a video conferencing option. We will see what the ultimate impact of changes is and will seek any amendments to the law if needed.”