Diana Richardson – From the Mighty 43rd to Brooklyn’s Borough Hall. What to Expect. 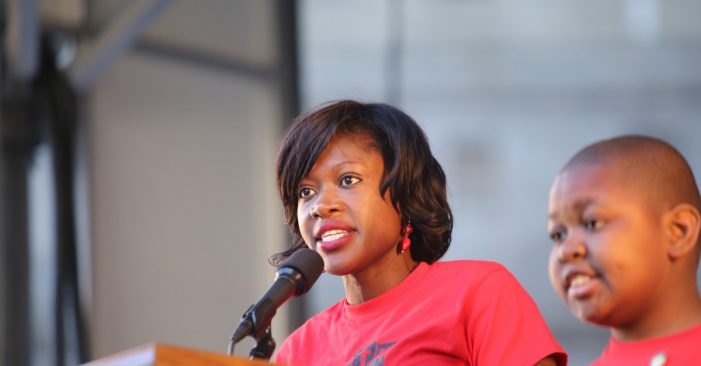 During an exclusive interview with People, Power, and Politics Radio Show, Diana Richardson spoke candidly about her journey from Assemblywoman of the 43rd District to her current role as Deputy Borough President of Brooklyn, New York.

Ms. Richardson, who entered into office in 2015 in a special election and served six years as a New York State Assemblywoman, was selected by Brooklyn Borough President, Antonio Reynoso, to serve under him in her new role. The Brooklyn Borough President’s office announced the appointment this January 2022. It indicated that Ms. Richardson’s focus would be on “addressing food insecurity, reducing gun violence, and supporting Brooklyn’s Community Boards and ensuring they are reflective of the communities they serve.”

As Richardson reflected on her time as a New York State Assemblywoman, she discussed her previous success in each area that she will focus on in her current role as Deputy Borough President. However, this longtime Brooklyn resident, born to Caribbean immigrants from Aruba, made it very clear that she did not do it alone. “We’ve had so many successes that we can highlight. Notice I said ‘we,’ because I know that although I am the individual, I am nothing without the community,” stated Diana Richardson.

“We were able to pass over 15 pieces of legislation in that time, as well as highlight and uplift the community through civics education. One of the most important legislations I passed is the Community Violence Intervention Act of 2021. We got a designated revenue stream using VOCA (Victims of Crime Acts) dollars at the federal level to come down to the state. Great accomplishment – because before that, these types of anti-violence programming would be funded on a year-to-year basis, depending on who was in power in administration and if that person deemed gun violence necessary.

Whereas now, there is a dedicated funding stream, and you don’t have to fight for the basis of what we know should happen,” stated Richardson.

Other accomplishments highlighted by Diana Richardson during her candid discussion with People, Power, and Politics Radio Show included the Police Accountability Act of 2020 and the passing of legislation criminalizing the false calling of 911 against people of color. However, of most importance to Ms. Richardson was “…bringing back a sense of pride to the mighty 43rd Assembly District.” Richardson became emotional during the interview as she expressed her love for the people of the 43rd Assembly District and her desire for them to know that they are “powerful” and “mighty.” In her role as Assemblywoman for the 43rd District, Diana Richardson made it a point to brand herself by saying, “The power of the people is more important than the people in power.”

While Ms. Richardson did admit that it was difficult for her to accept her current position as Deputy Borough President because she knew she’d be leaving behind some relationships with the residents of “the mighty 43rd” that were dear to her. However, she knows that she leaves “The Mighty 43rd District” in a better place than where she met it. Furthermore, Richardson understands she will be able to do more for the community in her current role as Deputy Borough President. “I am in a season of growth. I had to look at the landscape to see how I could grow as an individual and also in reach of service to others. I felt that joining Brooklyn Borough President Antonio Reynoso’s team would allow me to continue to serve my constituents more effectively, yet in a different way,” expressed Diana Richardson.

When asked what we can expect to see from her immediately and long-term, Ms. Richardson stressed that “…right now it’s a matter of infrastructure building – hiring the right staff and making sure we have the right people in position.” She plans to tackle the following issues immediately: gun violence, food insecurity, agriculture, and community boards. “I need to interview and appoint people to community boards by June. I want to have a summertime plan in place now because violence tends to increase when people don’t have money. I need to understand what is happening concerning our food programs and what is working. I want to make sure we are touching every individual, whether documented or undocumented and reaching everyone who needs resources,” stated Diana Richardson. Ms. Richardson discussed her eagerness to work with Brooklyn Borough President Antonio Reynoso.

People can expect “visible leadership, and they will never have to look hard to find us. We will be listening, and we will be mobilizing for activation across the borough. Brooklyn can look forward to two leaders who were born here, raised here, and educated here, and who care about this place, putting our needs first – the people over politics,” stressed Richardson. Diana Richardson spoke about the importance of having the people of Brooklyn be actively involved with the elected officials, informing the officials of what is happening and the needs of their communities – the power of the relationship between elected officials and the communities they serve.

Ms. Richardson explained how she and Mr. Reynoso plan to work together in their perspective positions, “Get ready Brooklyn. We are going to show up for you consistently, and I hope Brooklynites will show up consistently.”