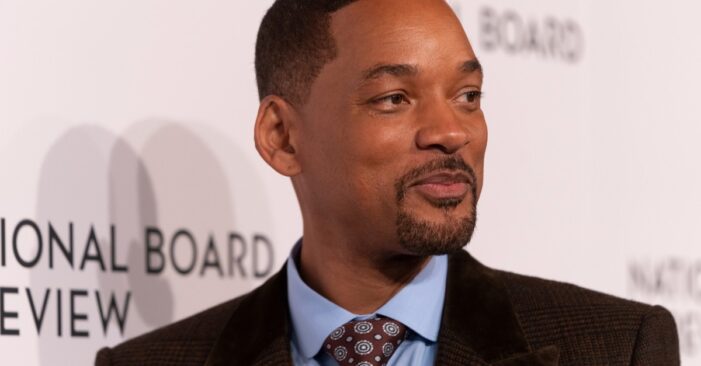 I woke up this morning to a request by someone affiliated with the family of Will Smith asking my opinion on what strategy he might take to counteract the negative publicity that has plagued him since the incident at the Oscars last Sunday. And the advice I gave was three-fold; which was 1. a face-to-face apology to Chris Rock on camera for public viewing; 2. a donation in Chris Rock’s honor to a charity of his choosing; and 3. a public statement to the members of the Academy of Motion Picture, Arts and Sciences again apologizing and indicating his full compliance with any investigation and their findings. While it is my personal opinion that this will promptly deflect any further criticism from those members of the media and public that have conscripted themselves to engaging in such activity for the better part of this week, there is a larger issue at hand, which has been fuelling the discussion on the matter but has also evaded direct reference and discussion, which may pose lingering problems in the long term.

Interestingly, two of the persons embroiled in this fiasco are Chris Rock and Jada Pinkett Smith, and I will get to the latter in a moment, but the fact that this should happen to Chris of all people has some cosmic irony in a way not many have yet considered. In a 2004 tv-special made for HBO, entitled ‘Chris Rock Never Scared’, the comedian performed his now infamous monologue about the disparity between the “rich” and the “wealthy”, culminating in his latest interaction with Will Smith. It is a testament to the validity of the claims made by Chris some two decades ago, that a man with a net value of $350 million would be able to physically assault another individual valued at only $65 million, and not only face no consequences but be celebrated mere moments later. I’m sure if Chris were to repeat the routine today, there is no better demonstration of the difference between wealthy and rich than this.

But it goes much deeper when you consider that this incident took place at the most prestigious awards ceremony for Hollywood, and as such, the organizers and audience are all industry executives and employees. Because aside from their wealth, the difference in their box office numbers, and how much money they can make for the studios and executives who cast them in films are even more gapingly askew. As for Chris Rock, who has only starred in a lead role in eleven films, his total box office haul stands at a respectable $994 million, however, compared to Will Smith who has led twenty-nine films and grossed $6.5 billion, you might understand why the Academy might be more sympathetic to his cause, especially on the night he was being honored for his illustrious work.

That said, the decision by the Academy to be more diplomatic to a person who potentially committed a felony on live television is somewhat more understandable than the expectation that they would just roll with it, which Will Smith seemed to have. Maybe it’s the fact that Will has yet to play a truly villainous role in any of his movies, that has blurred fiction with reality in his mind, but he appeared to believe that his actions, which might have been accepted in a film, should also be seen as heroic in real life. And I say this because Will appeared to be channeling a very famous movie character and scene at the moment that he decided to assault Chris Rock on stage last Sunday, but more interestingly is the fact that it’s not a role that he had played himself.

While much of the discussion has centered around the subject of G.I. Jane, a 1997 film in which Demi Moore had to famously shave her hair for the role, and Jada Pinkett Smith who is suffering from alopecia, hence the joke made by Chris Rock there is a movie more significant to the conversation which came out one year prior, in 1996, that warrants inclusion into this discourse. In one of her first major movie roles, and probably the one for which she is most remembered, Jada Pinkett starred in the 1996 remake of The Nutty Professor, in the role of Carla Purty, a college student who falls in love with her college professor who has been experimenting on an experimental weight loss drug for his morbid obesity, which is a loose retelling of the ‘Strange Case of Dr. Jekyll and Mr. Hyde’. In the movie, there are two famous scenes in which Jada’s character accompanies the eponymous character, played by Eddie Murphy, to a club in which a stand-up comic, played by Dave Chappelle, entertains the audience with his raunchy roasts of individuals. On the first occasion, the obese Professor Sherman Klump is ridiculed and belittled by the comic in front of his love interest, Jada, only to return as his alter-ego Buddy Love to enact revenge, which sees him go onto the stage and physically attack the comedian who had previously embarrassed Jada and himself, only to receive her admiration and affection for the act of chivalry. Sound familiar?

To suggest that Will, who got married to Jada one year after The Nutty Professor was released (and uncannily the same year that G.I. Jane came out), was in any way influenced by the scene in that movie is impossible to know, however, both in the world of the film, and the wider audience applauded when Eddie Murphy’s character got revenge on Dave Chappelle, as it is the Hollywood thing to do. For the past twenty-six years since the movie came out no one criticized the film for inspiring others to assault comedians on stage, and similar to Will Smith’s Oscar win later that night, The Nutty Professor was also rewarded by the Academy for their work in Makeup. As such, for Hollywood to condemn Will for his act of self-righteous violence in real life, when they have lauded the same type of action in movies is incongruous with them attempting to correct it now. But more than that, if this issue continues to plague Will throughout his career, it will be because of what it represents more than any harm it may have caused.

For heaven’s sake, where is Quentin Tarantino when you need him?