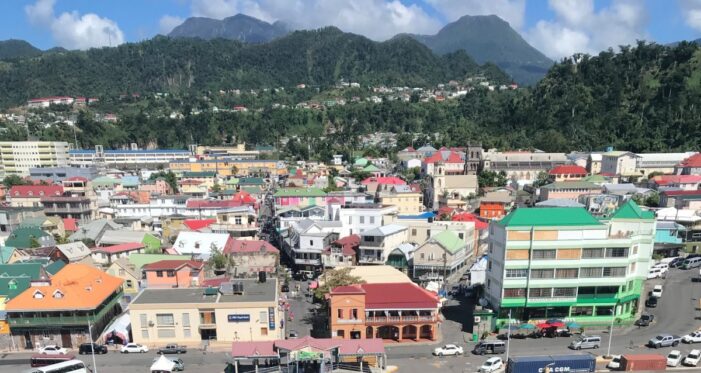 There are 51 Small Island Developing States (SIDS) which, despite their cultural and geographical diversity, share-alike economic as well as sustainable development challenges, including vulnerability to natural disasters and global developments.

The climate of SIDS is affected by large ocean-atmosphere interactions like tropical cyclones, monsoons and hurricanes. These climate characteristics, combined with their socioeconomic situations, make SIDS some of the world’s most vulnerable nations exposed to climate change.

Moreover, SIDS produce highly reduced levels of greenhouse gas emissions, which implies that they suffer disproportionately from the damaging effects of climate change.

One such country is Dominica, which altered the devastation due to Hurricane Maria in 2017 in a chance to construct back better and make the path to become the first climate-resilient country in the world.

Soon after Hurricane Maria ripped via the nation, destroying over 90% of the island’s structures and affecting 226% of the GDP, Prime Minister Dr Roosevelt Skerrit addressed the 72nd United Nations General Assembly (UNGA) and also vowed to construct a climate-resilient country and lower its dependence on fossil fuels.

In his impassioned speech, he challenged bigger nations to make bold steps in addressing global warming, as small nations like Dominica were on the receiving end of “thousands of storms that line up to pound us with maximum force and fury.”

Dominica, like many other SIDS, produces less than one percent of the total emissions that contribute towards global warming, yet they are facing more frequent and more severe storms setting back the progress the country has made to prosper and empower its citizens.

Shortly after the prime minister’s address to the UNGA, the Climate Resilience Execution Agency for Dominica (CREAD) was born, and it seeks to lead and coordinate strategic initiatives across all sectors in the country with the goal of leading the climate resiliency mission.

CREAD acts to bolster the ability of the business community, public services, and social sector partners to build strong and resilient communities, develop adaptive infrastructure, accelerate economic growth, strengthen institutional systems, enhance Dominicans’ capacity to respond to the local impacts of global climate change, and set an example for the rest of the world on how to respond to the challenges of a changing climate.

As part of CREAD, Dominica also issued a climate resilience policy framework to guide its recovery journey in the form of the National Resilience Development Strategy 2030 (NRDS).

The country, which can be counted amongst the few nations that can be termed “carbon neutral” is enhancing its resilience agenda by utilising resources on the island to generate energy.

It has already undertaken several projects that will help it achieve climate resiliency.

The IMF began working with Dominica to understand the probability and intensity of natural disasters, as well as the costs and benefits of building to new standards. Armed with a new framework and strategy, the government launched on a path to become the world’s first nation resilient to hurricanes, earthquakes, and other natural disasters.

Efforts are focused on upgrading and expanding the road network, including making bridges higher to allow for water and debris overflow, building resilience into the housing sector, and upgrading hospitals and health centres. Investments also support resilient agriculture for food security, education, reforestation, and community preparedness training, among other things.

So far, the country has been providing climate-resilient houses, hospitals, and health care facilities, and hurricane shelters in all communities island wide.

The construction of a geothermal plant, in partnership with the United Kingdom and the World Bank is almost complete. The plant is expected to be operational by 2023 and will enable the country to reduce its reliance on fossil fuels.

The plant will ensure that the country is powered by renewable energy, reducing energy costs and carbon emissions while simultaneously creating jobs.

The country is also building an international airport in partnership with Montreal Management Consultant Establishment (MMCE) and upon completion, the airport will be equipped with air bridges and meet Dominica’s new resilience construction standards.

Micha Emmet, CEO of the world’s leading government advisory and marketing firm, CS Global Partners says, “For a small nation, Dominica has taken bold steps to ensure its sustainability while combating the impact of global warming. What the country has managed to do, building back better and stronger, from its own resources is quite remarkable and the nation must be commended for being so resilient.

“With that said, global warming and climate change remain the responsibility of every nation and we constantly need to hold each other accountable in ensuring we meet the Paris Agreement targets.”