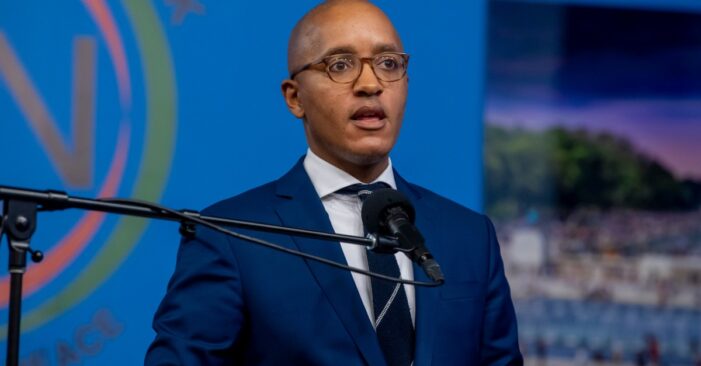 Damian Williams, United States Attorney for the Southern District of New York, announced that SYLVIA ASH, a former justice of the New York State Supreme Court and chair of the Board of Directors of Municipal Credit Union (“MCU”), was sentenced today in Manhattan federal court to 15 months in prison for conspiracy to obstruct justice, obstruction of justice, and making a false statement to a federal agent.  These charges arose from a scheme to impede the federal criminal investigation into fraud and corruption at MCU, a non-profit, multibillion-dollar financial institution, including misconduct committed by Kam Wong, the former chief executive officer (“CEO”), and Joseph Guagliardo, a former New York City Police Department Officer and member of MCU’s Supervisory Committee.  Wong and Guagliardo were charged separately and previously pled guilty to embezzlement from MCU.  ASH was convicted in December 2021 after a two-week jury trial before U.S. District Judge Lewis A. Kaplan, who imposed today’s sentence.

U.S. Attorney Damian Williams said: “While serving as a sitting state judge, Sylvia Ash took repeated steps, over multiple months, to seek to obstruct the federal criminal investigation into misconduct at MCU that took place during Ash’s tenure as chair of its Board of Directors.  Ash agreed to do so with the now imprisoned former CEO of the credit union, who provided her with a steady stream of benefits from MCU, including after she was directed to resign from MCU’s board.  Today’s sentence sends a clear message that those who attempt to thwart a federal investigation face serious consequences for that corrosive conduct.”

In pronouncing the sentence, Judge Kaplan said ASH’s “crimes struck at the heart of the criminal justice system.”

According to the Complaint, Indictment, Superseding Indictment, publicly available information, court filings, and evidence presented during the trial in Manhattan federal court:

MCU is a non-profit financial institution headquartered in New York, New York, which is federally insured by the National Credit Union Administration (“NCUA”).  MCU is the oldest credit union in New York State and one of the oldest and largest in the country, providing banking services to more than 590,000 members, and with more than $4.2 billion in member accounts, each of which is insured for at least $250,000 by the National Credit Union Share Insurance Fund, which is administered by the NCUA.  Membership in MCU is generally available to employees of New York City and its agencies, employees of the federal and New York state governments who work in New York City, and employees of hospitals, nursing homes, and similar facilities located within New York State.

At all relevant times, MCU was overseen by a Board of Directors (the “Board”) and a Supervisory Committee, each of which was composed of members of MCU, who were not supposed to be compensated.  As a result of severe deficiencies in the Board’s and the Supervisory Committee’s oversight of the credit union, which came to light in connection with the federal investigation, the New York Department of Financial Services (“DFS”) removed the members of the Supervisory Committee in May 2018 and the Board in June 2018.  Subsequently, DFS appointed NCUA as the conservator for the credit union.  In or about February 2022, MCU successfully emerged from conservatorship under new leadership.

ASH served as a judge in the New York State court system from approximately 2006 through March 2022, first as a Kings County Civil Court Judge, and then, starting in 2011, as a Kings County Supreme Court Justice.  In or about January 2016, ASH was appointed as the presiding judge in the Kings County Supreme Court’s Commercial Division.  After the charges in this case were unsealed, ASH was suspended from her position.  In or about March 2022, after ASH was convicted, she vacated her judicial office.

ASH served on MCU’s Board from in or about May 2008 until on or about August 15, 2016, when she resigned.  From in or about May 2015 until her resignation, ASH served as the chair of the Board.  ASH resigned after a complaint was filed against her by the New York State Commission on Judicial Conduct arising from a conflict of interest between her position as a state judge and her membership on MCU’s Board.  More than a year before her resignation, ASH had been instructed to resign from MCU’s Board by the Advisory Committee on Judicial Ethics, which instruction she disregarded.

From at least in or about 2012 through 2016, while serving as an MCU Board member and while Wong was CEO, ASH received annually tens of thousands of dollars in reimbursements and other benefits from MCU, many of which were personal in nature, and not business-related, including airfare, hotels, food and entertainment expenses for her and a guest to attend conferences both domestically and abroad, annual birthday parties at a minor league baseball stadium, payment for phone and cable bills, and electronic devices.  Even after her resignation from the Board, Wong continued to provide or cause MCU to provide ASH with benefits, such as Apple devices and sports tickets.  As a sitting state judge, ASH was required to report both her board service and gifts and benefits she received from any outside sources on an annual state disclosure form.  But between at least 2012 and 2018, ASH never reported her board service nor any gifts or benefits from MCU.

In January 2018, after Wong, MCU’s then-CEO, had been approached by federal law enforcement agents investigating apparent financial misconduct by Wong, in an attempt to protect Wong, ASH agreed to and did sign a false and misleading memorandum purporting to explain and justify millions of dollars Wong had received from MCU.  Wong subsequently provided that false and misleading memorandum to federal agents in an attempt to demonstrate that the millions of dollars had purportedly been orally approved for him to receive by ASH in June 2015, when she was chair of the Board.  However, in truth, neither ASH nor the Board had approved the payment of those funds.

On March 1, 2018, shortly after Wong was placed on administrative leave by MCU, ASH was interviewed about the memorandum she signed for Wong.  During that interview, ASH admitted that the memorandum was not accurate, but attempted to justify the money that Wong received by stating that MCU’s then-current general counsel had told her that Wong’s employment contract gave him the option of receiving such money.  That statement was false.

On March 13, 2018, ASH was served with a federal grand jury subpoena (the “First Subpoena”), which required the production of documents related to various matters, including Wong’s compensation, and any communications with Wong through the date of the First Subpoena.  On April 6, 2018, during a telephonic interview with a federal agent, ASH falsely stated that she did not have any materials responsive to the First Subpoena.

On June 8, 2018—after Wong was charged with embezzlement from MCU and the Government executed a judicially-authorized search of the residence of Guagliardo—ASH was interviewed by telephone for a second time about the First Subpoena.  During that interview, ASH again falsely stated that she did not have any materials responsive to the First Subpoena.

On June 18, 2018, ASH was served with a second federal grand jury subpoena (the “Second Subpoena”), which required the production of, among other things, all correspondence with Wong and Guagliardo; all documents regarding any criminal investigation, internal investigation, or audit related to Wong; and all documents regarding items of value ASH received from MCU, Wong, or Guagliardo.  Shortly afterward, ASH went to an Apple store and wiped an iPhone X that Wong had provided her in January 2018.  In addition, ASH deleted emails from her Gmail account, including all of her emails with Guagliardo, none of which she produced in response to either of the two federal grand jury subpoenas directed to her.  ASH also later wiped two MCU-issued iPads she had received.

On July 9, 2018, ASH attended a voluntary interview with the U.S. Attorney’s Office.  During this interview, while accompanied by her then-counsel, ASH made multiple false statements, including repeating false statements regarding her purported conversations with MCU’s former general counsel about Wong’s receipt of cash payments and falsely claiming that she and her aunt took a trip to Las Vegas paid for by MCU, including airfare, lodging, and entertainment expenses, after she resigned because all of her travel arrangements were paid for by MCU before she resigned, when in truth all of the expenses were paid for after she resigned.

On or about October 11, 2019, ASH was arrested, and her cellphone was seized.  After obtaining a judicially authorized search warrant, ASH’s phone was searched, which revealed, among other things, numerous text messages, including with Wong and Guagliardo, that were concealed in response to the First and Second Subpoenas.

In addition to her prison term, ASH, 64, of Brooklyn, New York, was sentenced to a $80,000 fine, and two years of supervised release, including a special condition of twenty hours of community service per week while on supervised release.  The court reserved the decision on restitution to MCU.

On June 4, 2019, Wong was sentenced to 66 months’ imprisonment for embezzlement from MCU and was ordered to forfeit $9,890,375 and to pay restitution in the same amount to MCU.