Govt Ministers Call for a More ‘Resilient, Inclusive and Sustainable’ Tourism Industry as a ‘Significant Economic Driver’ in the Region 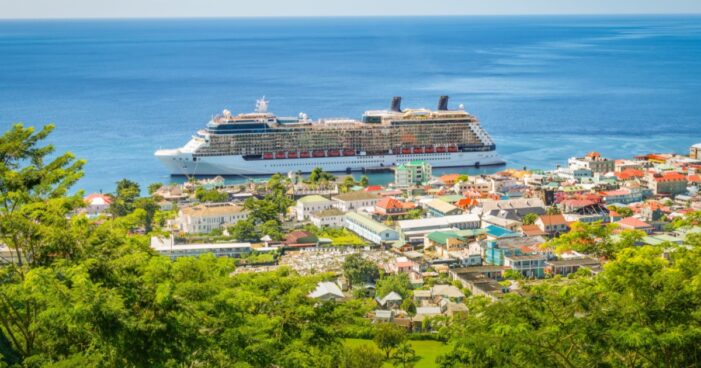 Minister for Trade, Commerce, Entrepreneurship, Innovation, Business and Export Development , Ian Douglas, has proposed that in an effort to dramatically transform tourism sectors in the region, its leaders must aspire to a more resilient, inclusive and sustainable tourism industry.

His statement came during the opening ceremony of the 7th meeting of the OECS Council of Ministers of Tourism held at the Cabrits Resort and Spa, Kempinski last week.

“I propose that in an effort to dramatically transform tourism sectors in every country of our sub-region, we must now aspire to a more resilient, inclusive, and sustainable tourism industry focusing on innovative product development within member states,” Douglas stated.

He continued, “It calls for rethinking, restrategizing if we are to achieve our regional objectives to achieve balanced growth and drive sustainable economic development.”

Douglas said further that at the core of this goal is a concern for the progress of our people, “because as we like to say in Dominica, tourism is everybody’s business.”

According to the minister, this meeting is an ideal opportunity for tourism policymakers to reflect on the unprecedented crisis in the tourism industry caused by the Covid-19 pandemic.

“Many of our states in the OECS sub region are highly tourism dependent…,” he said. “And the tourism sector is a major source of employment, revenue generation and foreign exchange earnings.”

Moreover, Douglas pointed out, that in many of the developing states tourism is a key driver in economic growth and accounts for a large percentage of the country’s Gross Domestic Product (GDP).

“This in itself is not surprising as before the Covid-19, travel and tourism accounted for 10% of global GDP and more than 320 million jobs worldwide,” he added. “Here in Dominica, like in many of our other countries, we experienced a corresponding rise in unemployment,” as, according to him, many micro, small and medium sized enterprises emerged.

Meantime, Senior Minister and Parliamentary Representative of the Cottage Constituency, Reginald Austrie, said moving forward, countries in the region can engage in joint marketing of the destinations.

“And that is going to be very important moving forward for these right reasons,” he stated.

Austrie pointed to two things which he said have plagued the tourism industry in Dominica: accommodation and air access.

“We are bringing forward the HIlton, Jungle Bay, Marriott…and we are trying to attract some of the best hotel bands that you have heard of in your lifetime, and we are well on our way to doing that,” he noted.

He expressed the hope that some of these hotels which he said are almost complete, will be commissioned this year or next year.

“Our effort in improving air access is underway as we intend to build the most modern international airport in the region,” the minister indicated. “The airport has in fact started and we are hoping within the next 4 or 5 years, Dominica will join its rich family on having its own international airport and reduce the pressure on the stayover arrivals and to give a boost to the tourism industry.”

Austrie is of the view that tourism is the next most significant economic driver in the region and believes that despite the high level of competition and the many challenges, there are quite a few opportunities that can “derive from these challenges.”

He told the Ministers of Tourism that their role is critical to the economic and social sustenance of the economies.

“We depend on you and we have to ensure that for the next generation we leave a legacy behind. That we have been able to transform our economy or to add to the existing economies is a very important, vital component and that is the tourism industry,” Austrie said.