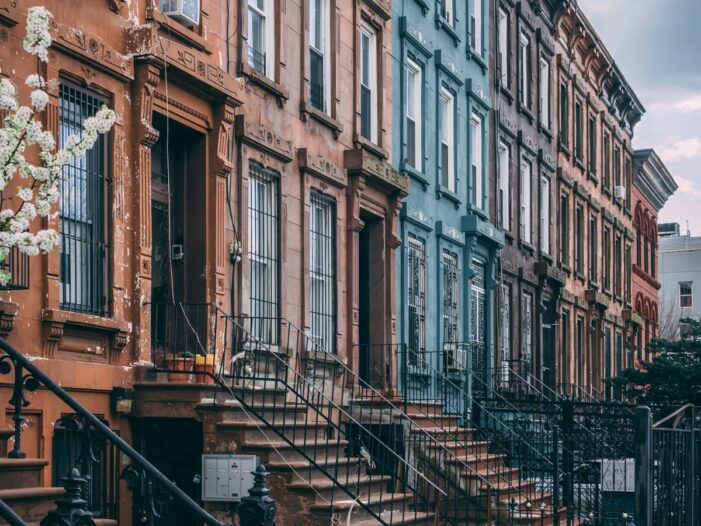 NEW YORK (1010 WINS) — A Long Island man will spend up to a decade behind bars for scamming an 89-year-old woman out of her Bushwick home, Brooklyn prosecutors announced Tuesday.

Shavard Callaway, 48, was sentenced Tuesday by Brooklyn Supreme Court Justice Phyllis Chu to an indeterminate term of five to 10 years in prison.

According to the evidence, Callaway sold the home of an 89-year-old woman, located on Chauncey Street, in December 2014 after creating and using a forged power of attorney and claiming to be the nephew of the homeowner. The property was sold to WI Management for $250,000.

Prosecutors said Callaway was indicted in November 2017 and hired an attorney who negotiated a surrender, but the 48-year-old failed to surrender and evaded arrest. He was finally arrested in late 2020 after being located in Suffolk County.

Investigators discovered that Callaway, a predicate felon, boasted on Facebook about switching from his life of crime as a drug dealer to stealing and forging documents as a “paperwork master.” He even posted a picture of the exterior of the borough office of the City Register, which is where deeds are filed.

“This defendant callously took advantage of an elderly woman, stealing and selling her home while she was living with relatives,” Brooklyn District Attorney Eric Gonzalez said. “Today’s sentence holds him accountable for this despicable crime and sends a strong message to would-be scammers and deed thieves that we will seek serious penalties for those who victimize Brooklyn homeowners.”