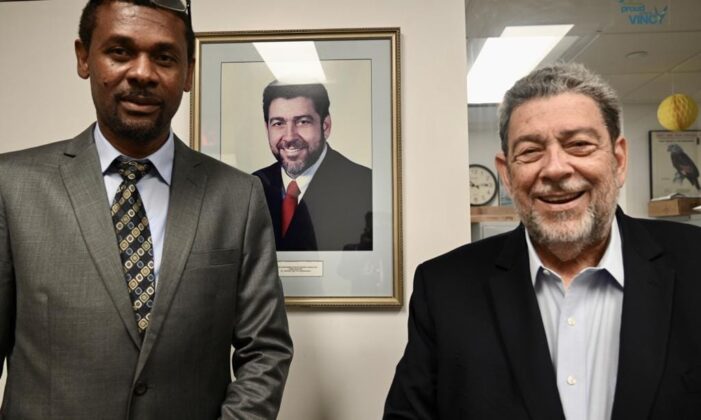 Newly appointed St. Vincent and Grenadines Consul General to the United States Rondy “Luta” McIntosh says he wants to have “open and frank” discussions with his compatriots in the US Diaspora.

McIntosh, who assumed office on Aug. 1, replacing Howie Prince, told a reception in his honor Saturday night, at the Friends of Crown Heights Educational Center in Brooklyn, that the reports he had received about Vincentians in the Diaspora was “painful.”

“One of the most frightening thing (s) for me coming to the USA as Consul General is how so many people will warn you about your own people,” McIntosh, also a popular soca artiste and cultural ambassador, told the reception, which also served as a farewell to Prince. “That is not good.”

The reception was organized jointly by the Friends of Crown Heights Educational Center, headed by Vaughan Toney, chief executive officer and president of the centers; the Brooklyn-based Council of St. Vincent and the Grenadines Organizations, USA, Inc. (COSAGO), the umbrella Vincentian group in the US; and the St. Vincent and the Grenadines Diaspora Committee of New York, also a Brooklyn-based group.