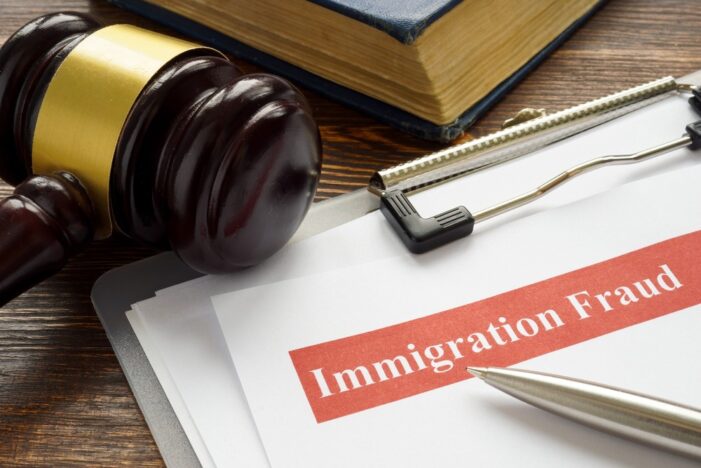 (Reuters) – A New York lawyer accused of filing more than 1,000 “fraudulent and frivolous” immigration applications was disbarred six years after being acquitted of criminal charges alleging the same behavior, according to a document filed in New York’s First Appellate District Tuesday.

Owolabi Salis was accused by New York’s Attorney Grievance Committee, which investigates lawyers’ professional conduct, of intentionally filing 1,185 frivolous green card applications over the course of eight years. Only one was approved, according to the filing.

Salis was found to be in violation of New York’s professional conduct rules in March by a referee assigned by the New York Supreme Court to hear the charges. In Tuesday’s filing the court granted the committee’s motion to confirm the referee’s recommended sanction of loss of his license to practice law.

An assistant for Salis said he was in a court hearing and unavailable to speak regarding his license status Tuesday.

In 2016, Salis was acquitted of criminal charges related to his immigration practice, including grand larceny. He was accused by the Manhattan District Attorney’s Office of telling at least 30 clients that they were eligible for green cards when they weren’t, and taking almost $5,000 from each of them.

The Department of Homeland Security, which cooperated with the DA’s criminal case against Salis, referred his conduct to the Attorney Grievance Committee for further consideration.

Salis has accused the Department of Homeland Security in federal court of unlawfully continuing to target him even after he was acquitted in criminal court. His lawsuit against DHS died in October 2021 after an unsuccessful petition to the U.S. Supreme Court.The case is In the Matter of Owolabi Salis, Supreme Court of the State of New York, Appellate Division, First Department, No. 2013-00285.