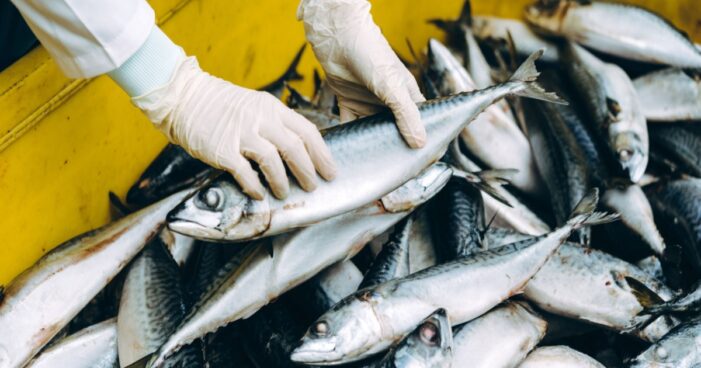 TWENTY years after the European Union banned fish exports from St Vincent and the Grenadines, the country says it is actively seeking “the removal of the red card” to get exports going again to that market.

Saboto Caesar, the minister of agriculture and fisheries in St Vincent, gave the indication while addressing his countryfolk at the recent grand opening of Rainforest Caribbean’s new state-of-the-art, EC$10-million seafood processing facility in Calliaqua.

“We’ve hired international legal advisors and very soon we are going to see the removal of the red card so that we can export again to the European Union,” he said in a ceremony that was broadcast live on national TV and radio in St Vincent and the Grenadines last Friday.

Caesar added that “quite recently”, the country received technical support “so that we can be up to date with our Port State Measures regulations”.

The agreement on Port State Measures (PSMA) is the first binding international agreement to specifically target illegal, unreported and unregulated (IUU) fishing. Its objective is to prevent, deter and eliminate IUU fishing by preventing vessels engaged in IUU fishing from using ports and landing their catches.

Rainforest Caribbean Chief Executive Officer Brian Jardim also addressed the issue of EU certification, saying that EU certification of the St Vincent and the Grenadines (SVG) fisheries is one of the critical hurdles for the company and country certification is actively a work in progress at the Government level.

“This will open up another world of possibilities and lucrative untapped markets that we currently ship to from other plants in the Caribbean. So that is just one more opportunity for growth we see out of this facility,” Jardim said.

The ban on Vincentian seafood entering the European Union has been raised in Parliament, with Opposition Leader Godwin Friday tabling a question for the July 25 meeting of the National Assembly.

Friday wants Caesar to explain “why, in over 20 years, the Government has not been able to satisfy the conditions to restart the export of seafood to EU markets, and whether the Government has abandoned efforts to re-enter that market”.

In the meantime, Rainforest Caribbean says that its two processing plants in SVG have Hazard Analysis Critical Control Point (HACCP), US Food and Drug Administration and European Union certifications.

To that end, Caesar disclosed that he is putting together the framework for fisheries to excel in St Vincent and the Grenadines.

According to the Kingstown Co-operative Credit Union, over 90 fishers in St Vincent and the Grenadines have already applied and will be approved very soon to put fish not only in local dishes, but also in dishes across the world.

“It’s a significant opportunity for fishers in St Vincent and the Grenadines to be offered the opportunity to export EC$20-million worth of fish annually from one facility. With the fleet expansion program, persons are ready to expand and will buy bigger vessels…We have the capacity as an archipelagic State with fishing in our blood,” said Caesar.

Despite all that, Caesar assured Vincentians at a recent Oceans Conference that they will not be affected by big business.

“We are going to ensure that there are sustainable measures put in place to protect and to ensure food security and food sovereignty in this country. Under our watch, fish would always be affordable, accessible, and available,” the politician committed without further elaboration.

“We started, of course, with a clear expression of a political will. But the political will alone and the discussions at Cabinet alone cannot bring dreams to reality. The legislative framework has to be put in place, and before the end of this year we are going to see through the Parliament of this country a modern fisheries act,” he added.