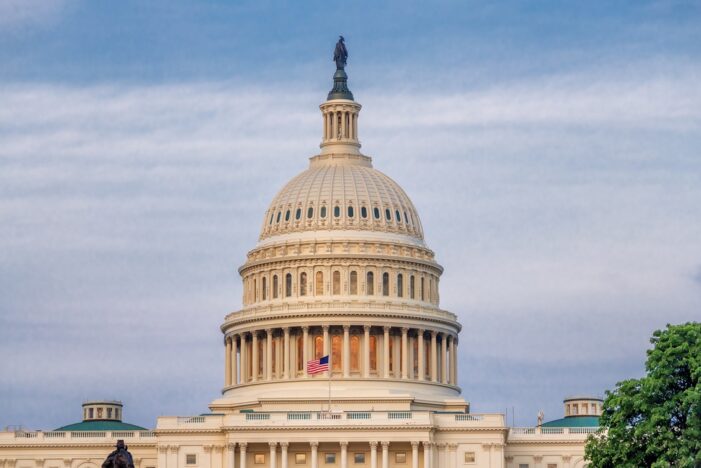 On Sunday after nearly 24 hours of deliberation, the Senate passed a historic budget reconciliation package, known as the “Inflation Reduction Act,” that rejected a series of harsh immigration enforcement provisions and approved a myriad of federal programs climate change, tax enforcement, and healthcare. The version of the bill that was introduced did not include any positive immigration provisions either, despite previous hopes last year a reconciliation bill might include immigration. Senate Democrats held firm on voting against a mandatory extension of Title 42, as well as several other harmful immigration amendments.

One immigration amendment offered by Sen. James Lankford of Oklahoma would have given the Department of Homeland Security a symbolic $1,000,000 to continue Title 42 indefinitely until 120 days after the COVID-19 public health emergency is terminated, something that is not likely to happen for years. Democrats managed to hold firm against this amendment and defeated it 50-50 by offering a second option for vulnerable members who have previously supported more modest extension of Title 42. That option was a vote for a modified version of a bipartisan bill Lankford had previously put forward with Sen. Kyrsten Sinema of Arizona and other Senate moderates. That vote ultimately failed as well, because it required a 60-vote threshold, allowing six vulnerable Democratic senators to join with the Republican caucus and vote in favor, while knowing the amendment would not pass.

Some Republican amendments were defeated without requiring Democrats to offer an alternative for their more vulnerable members to be able to vote for instead. For example, Sen. Rick Scott of Florida offered an amendment which would block the hiring of any new Internal Revenue Service agents until the Border Patrol hired an additional 18,000 agents “over the top” of the agency’s current total of nearly 20,000 agents. That amendment was defeated on a 50-50 vote.

Other amendments aimed to strip out climate-related funding to DHS and replace it with funds for immigration enforcement. An amendment offered by Sen. Bill Hagerty of Tennessee would have eliminated $500 million to DHS for climate resiliency and climate-change-related disaster relief and replaced it with a $440 million slush fund for Immigration and Customs Enforcement that had to be spent in the next two months on deporting and arresting individuals who committed felonies. Another amendment would have stripped out the same climate funding and instead redirected that money to building new border wall. Each of those amendments was defeated in turn.

Although anti-immigrant measures were rejected throughout the night, many immigration advocates and affected community members expressed concerns about the lack of positive immigration amendments in the final bill, such as visa recapture and other legislative priorities. The next chance for many of those provisions is an upcoming vote on the National Defense Authorization Act. The version of that bill that passed out of the House of Representatives contained protections for so-called “documented dreamers,” as well as increased support for Afghan evacuees and their families.

With reconciliation no longer appearing to be a viable path forward for those provisions, all eyes are now on other legislative vehicles that could finally lead to at least some minor immigration reform.