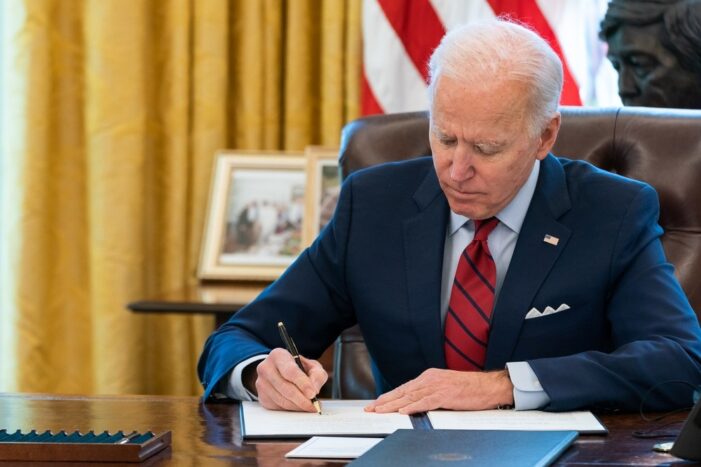 President Joe Biden announced a program to provide student debt relief to millions of borrowers of federal loans. The plan would offer up to US$10,000 in forgiveness for people who earn less than $125,000 – $250,000 for couples – and up to $20,000 for Pell Grant recipients. Biden also extended the pause on repaying federal student loan debt through Dec. 31, 2022, and has proposed a cap on income that can be used to calculate how much borrowers repay through income-driven repayment.

We asked three experts to explain the decision and its impact.

The Biden administration’s plan is an important step that I believe will make a real difference in many people’s lives. The White House estimates that about 20 million of the nation’s roughly 43 million student debt holders will see their entire balance canceled.

Despite this considerable impact, the plan is still limited. I hope it’s just the beginning in much-needed policy conversations about debt and education in the United States.

In addition, the income cap of $125,000 focuses on borrowers’ socioeconomic class while ignoring the roles structural racism and sexism play in terms of who borrows and how much. For example, Black women borrow about $38,000 on average to finance their education, compared with $30,000 for white men. And because interest on student loans quickly accumulates, most Black female borrowers still owe their original balance 20 years after enrolling in school. By comparison, most white borrowers have paid off their loans completely within that time period.

The Biden administration will have to do more if it aims to adequately address these and the many other remaining structural problems with debt and education.

When approximately 10,000 student loan borrowers had their private student loans randomly canceled from 2010 to 2017, researchers found that it ultimately enabled them to more easily move, change jobs and earn more money. The borrowers were also 11% less likely to default on credit cards or other loans.

I expect similar outcomes will flow from the Biden administration’s decision to cancel federal student loans. And the decision to cancel up to $20,000 for those who received Pell Grants means that even more relief may flow to borrowers who are Black.

From the standpoint of racial justice, I believe this additional relief for Black borrowers is necessary because of centuries of systemic inequities. Such inequities include accumulating education debt through “predatory inclusion,” a practice in which Black people are offered access to things like college or buying a house but on exploitative financial terms that have long-term negative effects.

The Biden administration also has proposed changes to the income-driven repayment plan, which should help future undergraduate borrowers by reducing the monthly percentage of discretionary income borrowers would pay from 10% to 5% and increasing what counts as nondiscretionary income. That means borrowers will have more money that will not be used to calculate the percentage they owe each month.

I’d argue there is still work to be done to create an affordable college education. But today was an excellent start.

The price tag for Biden’s debt forgiveness plan is estimated at a little more than $300 billion.

While it will provide direct financial benefits for some people who currently owe money on federal student loans, I believe there will be another cost: higher inflation.

U.S. inflation is already rising at just below the fastest annual pace in 40 years, prompting the Federal Reserve to aggressively hike interest rates to reduce it, even at the risk of recession. Biden’s plan will make the central bank’s job tougher.

The upward pressure on inflation will result from increased spending by those who see their student debts reduced, as well as from the continuing moratorium on federal loan repayments. This higher demand for consumer goods – relative to a world without debt relief or a repayment moratorium – has the effect of driving up prices for current goods and services.

The Committee for a Responsible Federal Budget found that a similar though more modest version of debt forgiveness would lead to a measurable increase in spending on personal consumption, which would have the effect of driving up prices for all consumers. That was based on a plan to spend roughly $230 billion on debt forgiveness – at least $70 billion less than Biden’s plan.

Another side effect could be that Biden’s debt relief offers incentives to students entering or currently in college to take on additional debt in anticipation of future rounds of forgiveness. Economists call this moral hazard. Other research found that increases in student borrowing can result in bigger tuition increases.

Some research has pointed to positive economic outcomes for those who receive debt relief, such as less future indebtedness, greater job mobility and higher salaries. But these effects are based on a full discharge of student debt and not an incremental reduction like the one Biden announced.

Ultimately, loan forgiveness – whatever its merits – will likely lead to larger federal deficits and higher inflation. While it benefits those with student loan debt, those benefits should be weighed against the costs it imposes on others and the economy.