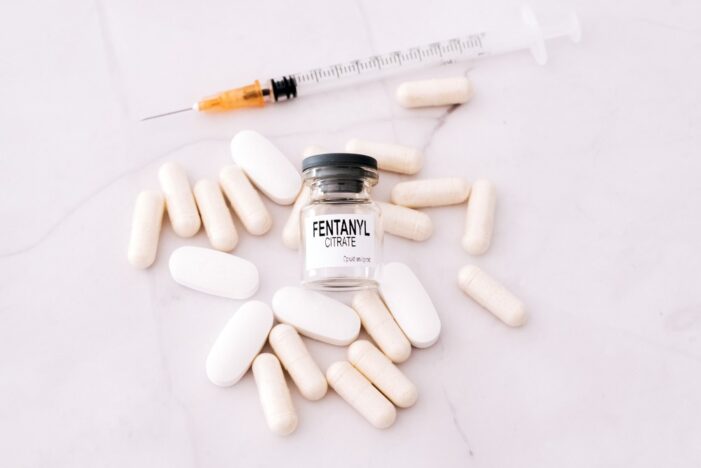 In over two years, the trajectory of the overdose crisis has shifted. Before 2020, the country concentrated on dealing with neighborhoods in cities and towns getting awash with legally prescribed drugs like oxycodone that were abused. However, recently, a new wave of devastation in the form of synthetic opioids flowed into the United States from the southern border. Besides deaths caused by the COVID-19 pandemic, there has been an alarming number of deaths caused by Opioid overdoses. In 2021, more than 80,000 people’s cause of death was linked to drug overdose, particularly from ‘Fentanyl’. A pattern that thrived on isolation and boredom, especially during the height of the pandemic in 2020-2021, when many Americans sought solace in using illegal drugs like Fentanyl and methamphetamine.

According to a report by the Washington Post, Fentanyl overdoses surged by more than 90% during the pandemic. It was causing the current decades-long opioid epidemic in the United States to move to another level in the surge of death by overdose, causing a considerable setback in tackling the never-ending addiction crisis.

Sam Quinone, the award-winning journalist and author, explained, “Families who had lost their kids to pills bought on Snapchat were protesting. A lot of this occurred during COVID because the kids couldn’t leave the house. The only way to connect it to the world was through their phones. And now people went on anonymously and sold drugs with very colorful menus. And so, the social media app became the new street corner in a sense.”

Causes of Fentanyl and Meth Usage
The synthetic drug Fentanyl affects different categories of people – those addicted to opiates and other substances like methamphetamine, cocaine, and marijuana. Often, it starts from craving more potent painkillers after surgery or to fight pain into the desire for a drug that is used to reinforce the effect of other illicit drugs.

According to the timelines and trends of use shared by an anonymous E.R. medical practitioner, John, during an Ethnic Media Services briefing, over the years, there have been changes in the usage of illicit drugs leading to deaths. “Between 2016 and 2017, in Chicago, the main drug people overdosed on was heroin, with few cases of methamphetamine. Fentanyl was more considered an accidental drug that people overdosed from using heroin. However, on the West Coast, there is more overdose of methamphetamine,” says John.

A study from 2021 found a significant increase in methamphetamine use among Black Americans between 2015 and 2019.

Disparities in Deaths caused by Synthetic Drug Overdose – Fentanyl & Meth
The upward spike in the use of synthetic drugs like Fentanyl and methamphetamine has affected the demographics of those dying from narcotics overdose, significantly impacting life expectancy in the U.S.

For instance, more Black people have died from an overdose of Fentanyl than White people. Furthermore, there is an alarming increase in methamphetamine overdose among Native Americans and Alaska Natives. Records also show that more than 50% of the victims are less than 45 years old, young, homeless, and predominantly people of color.

The Mexico Border and the Journey of Synthetic Drugs into the U.S.
Most of the illegal Fentanyl found on the streets is manufactured abroad and smuggled into the U.S. through the US-Mexico border. In 2019, China declared fentanyl-related substances a controlled substance. The new policy, driven by pressure from the U.S. government, resulted in smugglers changing their trade route from China to Mexico.

“Drug Traffickers in Mexico have transitioned from plant drugs towards drugs made in a lab with only chemicals,” says Sam Quinone. Fentanyl and methamphetamine are the main ones,” he said.

The trade along the U.S. and Mexico border helps camouflage the drug shipment. He theorized that approximately five percent of trucks are inspected, and the drug cartels have devised clever means of hiding the drugs in trucks that cross the border daily. As soon as the drugs are in the country, social media platforms are employed by traffickers to reach buyers, including young people. Thus, the social media apps have “become the new street corner” for drug buyers,” he said.

Based on his research, the way synthetic drugs are produced makes them more lethal than others. “While Fentanyl is the deadliest we’ve ever seen on the street, the way they make methamphetamine down in Mexico allows them to make quantities that we’ve never seen. And I would say that their method makes it far purer and more potent,” he explained.

These synthetic drugs, now made in Mexico and sold cheaply in the U.S., are the leading cause of death among many, fueling a growing humanitarian crisis. “This has never happened before, where the Mexican trafficking world has covered the entire country with two of the most potent and devastating drugs,” Quinones said.

In the case of methamphetamine, it is shipped into the country by Mexico’s cartels. This illicit drug induces psychosis in many patients, according to the physician, who can take several weeks to months and even years to be treated.

One-Dose too Many
Experts say it takes just two milligrams of Fentanyl in a counterfeit pill to cause a fatal overdose. Compared to other drugs like morphine, Fentanyl is deemed over 100 percent more powerful and 50 times stronger than heroin. A fatal overdose can happen with just two milligrams and approximately a few grains of salt. According to John (nicknamed for anonymity), an E.R. doctor, he explained that “several nanograms per millimeter” of Fentanyl are often found in the body of victims.
Sam Quinones thinks more people have studied why we are seeing so much meth psychosis all over the country. “There are fewer pollutants in the meth, and the human brain has never been exposed to such a potent form of a synthetic drug.”

In his view, with the new drugs, there is a race against time. The Fentanyl and meth from Mexico have a potentially more lethal and damaging effect from just a single dose. At the federal level, a campaign to raise awareness of the dangers of Fentanyl was launched by the Biden Administration titled, ‘One Pill Can Kill.’

Preventing Deaths Caused by Drug Overdose
Naloxone is one of the overdose reversal medications used to mitigate death caused by overdose. Therefore, making the medication and other equipment like fentanyl strips readily available could help prevent overdoses among people exposed to Fentanyl, people with opioid addiction, or those recovering from a relapse.

Recently, a police officer responding to a discharge call almost lost her life from accidental exposure to Fentanyl caused by a gusty wind. She became unconscious, and it took the timely intervention of colleagues by administering Narcan to save her life.

Unfortunately, unlike heroin usage, which takes years to become an addiction, there is no opportunity for long-term use of Fentanyl. “Two mills of the drug can kill you. And without extraordinary intervention like multiple doses of Narcan, Fentanyl is so addictive, and the dosage per pill varies wildly. It is among the most lethal drugs out there,” says Quinone.

Effect on the Healthcare Systems
‘John,’ the E.R. physician who shared his experience treating meth and Fentanyl addicted patients during the pandemic, buttressed the danger of Fentanyl. “It’s important to know that oxycodone, and other types of opiates before fentanyl, are dosed in milligrams, whereas fentanyl is dosed in micrograms, highlighting its potency,” he said. In his profession, Fentanyl is used to stop bleeding in patients within a controlled setting, “But on the street, it’s tough for people to use it safely.”

Presently hospitals are struggling to cope with the influx of fentanyl and meth patients alongside a surge in flu, COVID, and RSV. “There is no capacity in most E.R.s to put every person with methamphetamine intoxication on the 72 hour hold.”

There is also the effect of homelessness. The psychosis caused by meth is generating a growth in the homeless populations in major urban centers around the country. “Meth addicts will do anything not to be separated from the drug,” he says.

Potential Intervention
Given the severity of the situation, experts recommend international collaboration between Mexico and the United States. There is an urgent need now more than ever for policymakers to enact policies addressing the supply of synthetic drugs, including collaborating with neighboring countries like Mexico to combat the surge. Quinone states, “I think this has reached beyond simply a drug issue… It really has to be taken up by the State Department.” It is essential to realize that global availability and opportunity for large profits will fuel the emergence of new suppliers. Therefore, more efforts must be in place to raise awareness of the dangers of illegal drug use. There must also be an acknowledgment that the supply of illicit Fentanyl and other drugs may defy a permanent solution through law enforcement alone.