The Region has a New Low-Cost Airline 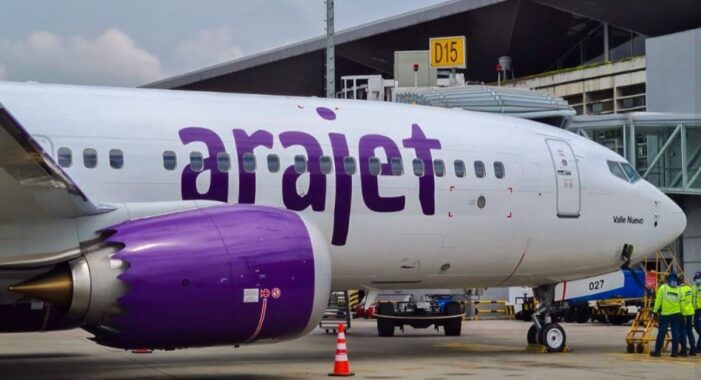 There is a new airline serving the Caribbean. It’s called Arajet and it is based in the Dominican Republic.

The airline although new is a rebrand from 2014 launched Flycana Airlines (Dominican Wings). However, in 2021 it was announced that the airline would rebrand into Arajet and pivot away from its current charter business model into a scheduled low-cost airline.

Arajet has planned to begin services in July 2022 and will be based at Las Américas International Airport in Santo Domingo, Dominican Republic.

The airline currently has 2 Boeing 737MAX aircraft in its fleet and has plans to welcome up to 50 aircraft over the next few years.

The airline previously operated an Airbus A320 on lease from Avion Express but has since retired this after Avion Express sold the majority of its stake to Mr. Victor Pacheco.