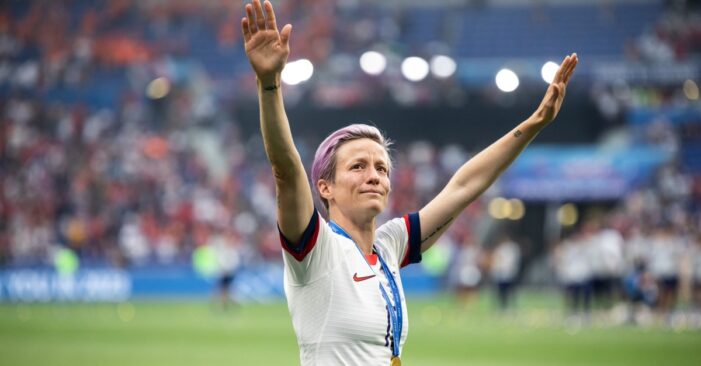 On and off the field, the members of the U.S. Women’s National Soccer Team have long served as role models for young women across the country—arguably, never more so than when they filed a gender discrimination lawsuit in 2016 alleging unfair compensation, a lack of support, and poor working conditions as compared to the men’s team. On Tuesday, the USWNT’s fight ended with a $24 million payout from U.S. Soccer, along with a pledge to equalize pay between the men’s and women’s national teams in all competitions.

Once a new contract between U.S. Soccer and the players’ union for the women’s team is finalized, this latest development could signal a sea change in how women’s sports are funded. Team stars including Alex Morgan, Megan Rapinoe, and Carli Lloyd have spoken out about the basic unfairness of the previous system, with Rapinoe saying in 2019, “We’ve always—dating back to forever—been a team that stood up for itself, and fought hard for what it felt it deserved, and tried to leave the game in a better place.”

Morgan addressed the legal victory directly in an interview on Tuesday, noting: “What we set out to do was to have acknowledgment of discrimination from U.S. Soccer, and we received that through back pay in the settlement. We set out to have fair and equal treatment in working conditions, and we got that through the working conditions settlement. And we set out to have equal pay moving forward for us and the men’s team through U.S. Soccer, and we achieved that.”