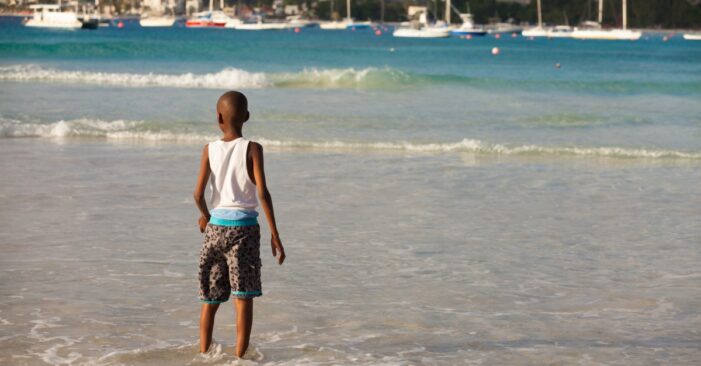 Youth and youth groups in Barbados involved in the fight against climate change have been given the assurance that they will be backed by the Ministry of the Environment and National Beautification as they fight for the cause.

Minister Adrian Forde made this commitment as he addressed the Barbados Youth Climate Action Summit and Expo at the Lloyd Erskine Sandiford Centre today.

“My Ministry is committed to partnering with all youth groups who are interested…. We are looking for community projects that young people can be involved in,” he said, while adding that the Biological Diversity Action Plan would soon be brought to Parliament.

Mr. Forde also stressed the need for young people to be active participants in the thrust and fight of climate change to mitigate and adapt to the vagaries.

He suggested that they should get involved by coming up with measures to save the soil; advocate to rid the oceans of pollution, and fight to ensure the protection of turtles.

He told the youth that it was time to take a stand. “I recommit my Ministry to become a partner. Let us walk this journey together; it is your fight today; your fight tomorrow; your effort over the next couple of years that will determine the social economic stability of this country, but the environmental sustainability as well,” Minister Forde said.

Executive Director of the Ashley Lashley Foundation and UNICEF Youth Advocate, Ashley Lashley, noted the commitment of governments across the world, but lamented that little action had been taken and few plans implemented.

Ms. Lashley charged that the rights of children in Barbados and the Eastern Caribbean were being compromised due to the climate crisis.

“Now it is up to us as young people to take our own individual steps to fight for our own futures. You say that we as children and young people will be left to face and manage the brunt of the climate crisis, yet your decisions and inaction are leading us to the point of no return. For many children in Barbados and the eastern Caribbean, our rights are being compromised as a result of environmental, health and other socio-economic factors.

“The climate crisis has created a child rights’ crisis. A UNICEF report revealed that one billion children worldwide are at extreme risk of the impacts of this climate crisis…,” she outlined.

The activist called for the development of an environmental policy framework which placed the rights of children and young people at the centre.