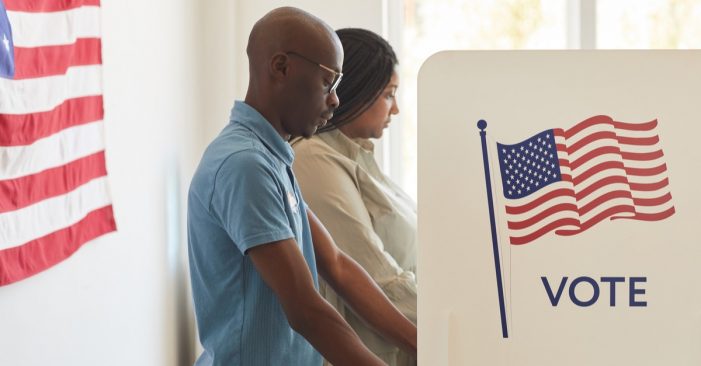 Before COVID-19, New York City was a land of possibilities. A city of great attraction to people all over the world. In business, it is the world’s financial center; such representation and influence make it one of the top powerful cities in the world.

New York City is a dynamic, upward, progressive and prosperous city with endless possibilities that make politics a big deal. Every election in the City has enormous consequences. Hence the 2021 municipal election carries great weight. Dating back to the early 19th century, the Mayoral election to select the Chief Executive of New York City is keenly contested, and voters wield a lot of power.

In the past, only American-born citizens had the right to vote until the introduction of the Fifteenth Amendment in 1870. This empowered naturalized citizens to vote and contribute to the selection of leaders in the community and country. 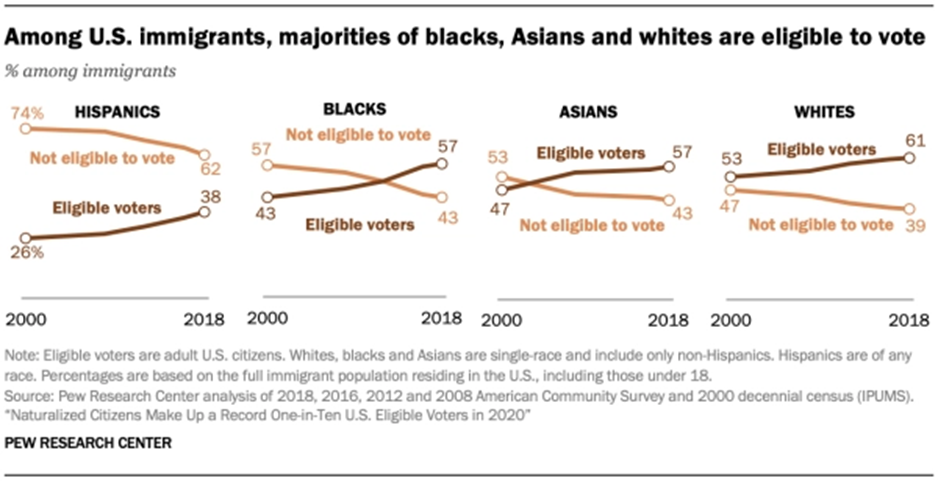 Findings from Pew Research Center show that only 21% of Black immigrants in New York State are eligible to vote.

The U.S Census (2000 Census) shows that 19.4% African-Americans, 5.7% Afro-Caribbean’s, and 0.8% Africans in New York City were eligible U.S. citizens who could vote. Hence, only naturalized immigrants could vote, and fewer immigrants could influence an election.

New York City is a sanctuary and reportedly the home base of over 3 million immigrants. Many immigrants New Yorkers have become naturalized U.S. citizens; a large population has permanent resident status and over 500,000 undocumented immigrants.

Of the over 2 million blacks residing in New York City, 1 in 4 persons is an African-American, immigrant African or Caribbean, and make up 25% of the City’s population.

The New York City 2021 elections will yield a range of leaders, including a mayor, city comptroller, a public advocate, four borough presidents, and about thirty-five City Council members will serve the City for a minimum of 2 years and above.

The chosen leaders for the different municipal seats will significantly affect the quality of life for many New Yorkers in the City. From accessibility to healthcare, protection from immigration institutions, the right to vote, civil rights, and law enforcement – immigrants have a lot at stake in NYC’s 2021 municipal election.

Over 45 candidates are vying for the job of the Mayor of New York City, and the election is arguably the most influential in New York City in a long time. So far, eight candidates have stood apart in their campaign ahead of the democratic primary in June 2021.

The table below presents an overview of the ‘policy stand ‘on issues that affect immigrants of the selected candidates. (NB: √ stands for-Positive stand, X stands for Negative,? stands for Unclear responses)

(The table combines responses from various interviews and details on each candidate’s campaign sites. The symbols are the writer’s adjudged interpretation of the candidates’ position and not the view of the newspaper).

Overall, Mayoral hopeful Diane Morales has proposed policies and plans that will immensely benefit many blacks and Brown immigrants in New York City. However, her stance on the immigrant’s pathway to citizenship is unclear.

All candidates except Scott Stringer have proposed a robust healthcare plan that will benefit immigrants. On accessibility to benefit, 4 out of the eight candidates, Andrew Yang, Diane Morales, Maya Wiley, and Kathryn Garcia, shared a detailed plan for immigrants.

Unfortunately, many lacked a comprehensive roadmap towards protecting immigrant workers’ rights, especially as wage theft issues remain a significant challenge for immigrants. The pathway to citizenship under their administration remains vague.

Role of African and Caribbean American Communities in NYC Election

It is evident that this election is important, especially for immigrants. For many, feeling secure, without fear of violence from law enforcement, deportation by ICE, or enduring hate crimes in addition to having an economic blueprint that will enable immigrants to recover economically as other New Yorkers are some of the crucial issues of concern.

Mr. Gbenga Omotayo, Executive Director, USAfrica Trade & Business Network, says, “This election is just too important, and this is a great opportunity for our community to let our voices be heard. So the goal is to mobilize the Nigerian votes into one block.” An essential view from a State lead for the Nigerian-American Public Affairs Committee, New York.

For Aldane Smith, a Jamaican-American, he feels that the system failed many immigrants during the COVID -19 pandemic. “…We were left to deal with the situation, people felt lost, everything seemed like it collapsed, from education, health. Loved ones died, and because of a failed system, we couldn’t even bury them properly. We need to elect someone who can deal with such an emergency in case it happens again.” This idea was his view about the City and concerns about the election.

Mr. Jean-Pierre resides in the Bronx, feels that New York City needs a strong, confident leader with a competent team for recovery. ‘If the City is to pull out from this pandemic and move forward, immigrants are crucial to this,” said Mr. Jean-Pierre, a Haitian who has lived in the City for over a decade. He explained that most of the candidates, in his view, have ideas that might not stand the unfolding reality in the City.

Yet, Ms. O (not real name) maintained that she would support any candidate who understands the fears and struggles of people trying to survive. Especially women,” I will vote for any candidate that prioritizes the need of women -childcare support, women’s health, transportation.”

Several experts, including nonprofits, journalists, and other professionals, share similar views in expressing concerns over the plans of various candidates for immigrant welfare.

Across the board, they acknowledged that immigrants remain essential to New York City’s identity and future, despite being vulnerable to harsh policies as experienced under Trump’s administration or unforeseeable and ill-prepared situations as COVID-19.

Ben Marx (Gotham Gazette) and Jarrett Murphy (City Limits) discussed the importance of the 2021 mayoral election to immigrants. They concluded that candidates like Andrew Yang, Diane Morales, and Shaun Donovan had addressed immigration issues to an extent. Still, other candidates have remained unclear or non-committing, thus leaving immigrants in limbo.

Issues about language integration for adults and children, housing affordability, refugee policies, and advocacy at the federal level remain unaddressed.

Getting immigrant’s buy-in, especially from the Black and Brown communities in New York City, remains pertinent to the success of any administration. Any Mayor and City Council members who prioritize and act as advocates for ‘immigrant’ policies will win their support.

Such policies as “… educative programs, policies and access (because we are passionate about it); and the quickest access and pathway to achieving the American dream, policies on immigration and support for new immigrants. “says Gbenga Omotayo.

No matter who wins, my take is that prioritizing concerns on immigration enforcement in the City, deportation, and citizenship policies will help build the confidence of existing immigrants. Creating a foundation for attracting new immigrants into New York City as it rises out of the shadows of the pandemic and will help to bring back the “Big Apple,” Omatayop added.