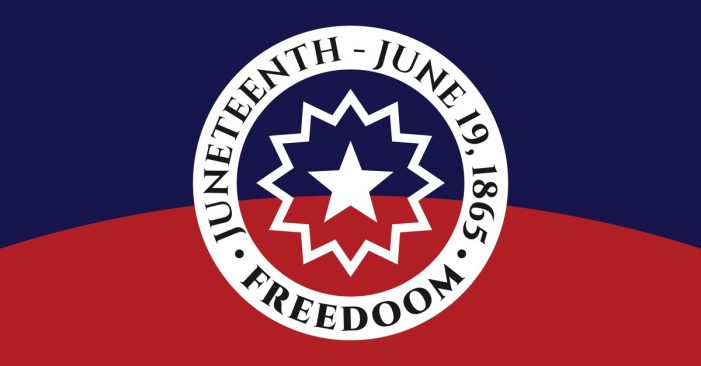 President Biden on Thursday signed legislation to make Juneteenth a federal holiday, the day after the House voted overwhelmingly to enshrine June 19 as the national day to commemorate the end of slavery in the United States.

The Senate rushed the measure through with no debate earlier this week after clearing away a longstanding Republican objection, and the House approved it on Wednesday by a vote of 415 to 14, with 14 Republicans opposed. Mr. Biden said he counted signing the legislation into law as one of the greatest honors he will have as president. Ms. Harris also signed the legislation in her capacity as President of the Senate, an administration official said.

“Throughout history, Juneteenth has been known by many names, and today, a national holiday,” Ms. Harris said at a White House ceremonial bill signing. National holidays, Ms. Harris said, “are days when we as a nation have decided to stop and take stock, and often to acknowledge our history.”

Mr. Biden called it “a day of, in my view, profound weight and profound power,” noting it was the first new national holiday established since Martin Luther King Day in 1983. By making it a federal holiday, Mr. Biden said, “all Americans can feel the power of this day, and learn from our history, and celebrate progress and grapple with the distance we’ve come but the distance we have to travel.”

The law goes into effect immediately, making Friday the first federal Juneteenth holiday in American history. The federal Office of Personnel Management announced on Thursday that most federal employees would observe it on Friday, since June 19 falls on a Saturday this year.

Juneteenth commemorates the end of slavery and is also known as Emancipation Day, Jubilee Day and Juneteenth Independence Day. Its name stems from June 19, 1865, when Maj. Gen. Gordon Granger in Galveston, Texas, issued General Order No. 3, which announced that in accordance with the Emancipation Proclamation, “all slaves are free.” Months later, the 13th Amendment was ratified, abolishing slavery in the final three border states that had not been subjected to President Abraham Lincoln’s order.

The commemoration of Juneteenth as a federal holiday “indicated that the original sin of this nation was acknowledged’,” Representative Sheila Jackson Lee, Democrat of Texas and a lead sponsor of the legislation, said on Thursday in an interview with MSNBC.

Momentum to establish Juneteenth as a federal holiday picked up steam last year during a summer defined by racial unrest and Black Lives Matter protests in response to the murder of George Floyd by the police. In a bid to woo Black voters during the final months of the 2020 election, President Donald J. Trump promised to support legislation to establish the new federal holiday if he was re-elected. Still, some right-wing activists criticized Republicans who supported the measure.

Mr. Biden singled out Opal Lee, an activist who at the age of 89 walked from her home in Fort Worth to Washington, D.C., in an effort to get Juneteenth named a national holiday. The president called her “a grandmother of the movement to make Juneteenth a federal holiday.”

He also framed the holiday as part of his administration’s efforts to address racial equity throughout the federal government.

“The promise of equality is not going to be fulfilled until we become real, it becomes real in our schools and on our main streets and in our neighborhoods,” he said. He pressed Americans to celebrate the new holiday as a day “of action on many fronts,” most importantly, vaccines.

At an enrollment ceremony at the Capitol Thursday morning, during which Speaker Nancy Pelosi signed the bill, Representative G. K. Butterfield, Democrat of North Carolina, led lawmakers in singing, “Lift Every Voice and Sing,” a song which is often referred to as the Black national anthem.

Representative James E. Clyburn of South Carolina, the No. 3 House Democrat, said he would push for the song to be designated as America’s “National Hymn.”