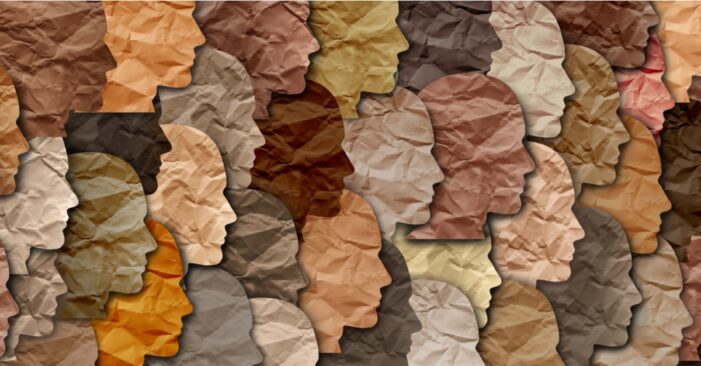 To me, Black history means appreciating how far we have come as a race and being excited about where we are going in the future (I think I explained that much better than Kanye West). Black History Month is a celebration of Blackness, and the celebrations surrounding it have always been a big deal in my family and for everyone around me. From pre-K to second grade, my elementary school, Holy Trinity in Bowie, Maryland, allowed parents to volunteer to come and read to their children’s classes in February.

My dad always made sure he was one of the first to sign up. The parents would often read to us about abolitionist Harriet Tubman, civil rights activist Rosa Parks or boxer Muhammad Ali, to name a few. My dad especially liked breaking down Martin Luther King Jr.’s speeches to an elementary school level to help us understand King’s vision and what his words meant.

When I was in third grade, my school produced its own Black history wax museum. Each student came to school dressed as their favorite Black history figure. Before I discovered my love for sports journalism, I wanted to be a hairstylist. So, of course, I decided to come dressed as Madam C.J. Walker, a Black entrepreneur and the first American woman to become a self-made millionaire. Walker made her fortune thanks to her homemade line of hair care products for Black women. When I called my grandma to tell her that I chose Walker, she asked my mother to bring me to her house for the weekend so she could take my measurements and go to Jo-Ann’s, a local fabric store. My grandma has always enjoyed craft projects, and I was excited to see what she had up her sleeve.

My mother dropped me off at her house at 9 in the morning the following Saturday. Once I was there, my grandma told me she was going to make me a Madam C.J. Walker costume from scratch. I was already excited about the museum, but having something handcrafted by my grandma took my anticipation level over the top. As all of the teachers, students and parents came by my booth on wax museum day, they talked about how detailed my costume was and even joked about how I could be Walker’s daughter. I was so proud. Museums have often played an integral role in my relationship with Black history because they made me feel like I could see Black icons up close, not just read about them.

Growing up near the nation’s capital, I had all of the Smithsonian museums right at my fingertips. My dad would pick a museum to take me to every Saturday. Once we had visited each museum, we did it again and tried to see if we could pick up details on anything we missed the first time around. Since I am away at school at North Carolina A&T State University in Greensboro, I don’t get to spend as much quality time with my parents these days. When I came home for Christmas in 2021, I wanted to make sure I planned something fun with my dad.

The National Museum of African American History and Culture has been in high demand since its debut in 2016. Since it was the only Smithsonian he had never visited, I decided to surprise him with tickets. We spent six hours at the museum, as he walked around like a kid in a candy store (that’s us in the photo above!). I felt overwhelming joy giving him a gift he selflessly gave to me as I was growing up: the chance to experience Black history. For me, Black culture and Black history have become a way of life. It is the gift that keeps on giving day after day, even when the calendar doesn’t say February. — Alexis Kennedy Davis