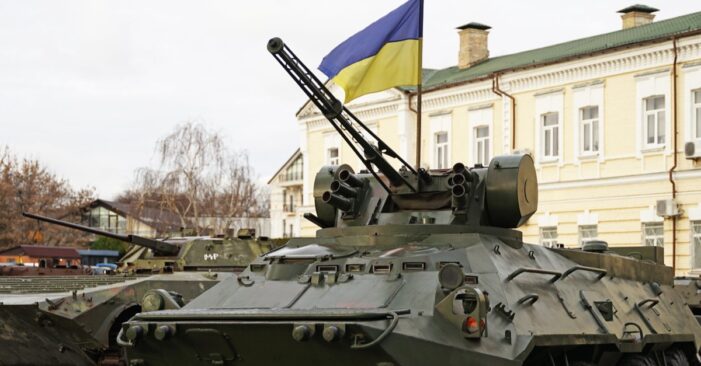 In the words of UN Secretary-General, Antonio Guterres, the war on Ukraine by Russia “is fast becoming a matter of life and death for vulnerable people around the world”.

His comment is strongly supported by a UN report, published on 13 April and entitled, “Global Impact of war in Ukraine on food, energy and finance systems”. Its findings make grim reading and should fully dispel all the opinions that Russian aggression against Ukraine is a “white peoples’ war” or that it does not affect regions as distant as the Caribbean.

Here’s what the report finds in summary: The war in Ukraine, is producing alarming cascading effects to a world economy already battered by COVID-19 and climate change, with particularly dramatic impacts on developing countries. Commodity prices are reaching record highs across the board. On April 8, the Food and Agriculture Organization (FAO) stated that food prices are 34% higher than this time last year and have never been this high since the FAO started recording them. Crude oil prices have increased by around 60%, and gas and fertilizer prices have more than doubled. The world’s poorest countries tend to be net food importers and export and import measures on trade can further exacerbate rising food prices. At current price levels, FAO estimates increases in undernourishment and food insecurity.

Therefore, as the UN Secretary-General has aptly put it, “the war has launched a silent assault on the developing world”. The Caribbean is not excluded from this assault. And while Belize and Guyana might be excluded, to some extent, from CARICOM countries that will experience food shortages and high prices for food imports, no other CARICOM country will be spared the undernourishment and food insecurity that will ensue. But Guyana and Belize will suffer from wheat shortages because Russia and Ukraine provide around 30 per cent of the world’s wheat and barley, one fifth of its maize, and over half of its sunflower oil. Also, together, Russia and Ukraine account for a fifth of the world’s fertilizers which are now either not being produced or are not being exported. Consequently, the agriculture sector in all CARICOM countries, including Guyana and Belize will decline.

Ordinarily, countries in the Caribbean would look to the International Monetary Fund (IMF) and the World Bank (WB) to assist with the grave financial challenges that will, undoubtedly, flow from this deeply troubling situation – the full impact of which has not yet been felt and is, perhaps, clouding popular perception of the clear dangers that are now on the region’s doorstep.

However, to help countries in the Caribbean cope with the impact of the COVID-19 pandemic, the WB and the IMF extended special mechanisms for lending to low and middle-income countries. With the exception of Antigua and Barbuda and St Kitts and Nevis, the two institutions also provided credit to high-income countries such as Barbados and the Bahamas. In August 2021, the IMF also expanded the allocation of Special Drawing Rights (SDRs) equivalent to $650 billion to boost liquidity and reserves around the world. About $275 billion of that $650 billion went to emerging and developing countries, and low-income countries received about $21 billion.

The credit that was extended, while immediately helpful to the recipient countries that were confronted with a decline in income from COVID’s effects on their economies and increased expenditure, particularly in health and support for the poor and unemployed, means that the majority of CARICOM countries are now facing the limits of their borrowing capacity. It will be difficult – if not impossible – for them to find the increased resources needed to pay for skyrocketing oil prices and food. Further, the IMF has gone as far as it can go in expanding allocation of SDR’s to increase liquidity and reserves.

The IMF and WB, whose Spring Meetings with world governments are now in session, have announced no new avenues of assistance. Thus, they are telling Caribbean countries that “the increased financing needs of the Caribbean region will lead to even higher debt levels, which for some were in excess of 100% of GDP prior to the COVID-19 pandemic”. They have also indicated that diversification of small economies is very difficult. This means that reliance on industries such as tourism and one-crop agriculture – both of which are vulnerable to extreme Climate Change events will continue.

So far, however, the IMF and WB have not produced any new means to increase liquidity and fiscal space, so that governments in developing countries can invest in the poorest and most vulnerable of their populations. The countries that control the WB and IMF – the United States, Germany, France, China and Canada among them – should step up with the means for small economies to provide for their people. After all, even in this crisis, as with Climate Change and the COVID-19 pandemic, small countries were the least contributors but the biggest victims – as they are of an unjust international financial system.

Against this background, it should also be clear that Russia’s aggression against Ukraine is a humanitarian disaster for that country but a dagger at the heart of developing countries, especially small economies. Up to 1.7 billion people – over one-fifth of humanity – are being cast into poverty, destitution and hunger on a scale not seen in decades.

Apart from the fact that Russia’s military aggression against Ukraine is a violation of international law that has weakened the system and left small nations bereft of the only meaningful protection that they had, the economic consequences are also now battering small countries disproportionately. This is why Russia must be sent the clear message by all the world that nothing justifies its violation of international law, including international humanitarian law and the disregard to the rules of war that have killed thousands of civilians including children, and put the world’s economies in jeopardy.

The war must end, and global peace and security restored by all. Small economies must raise their hands for this cause.