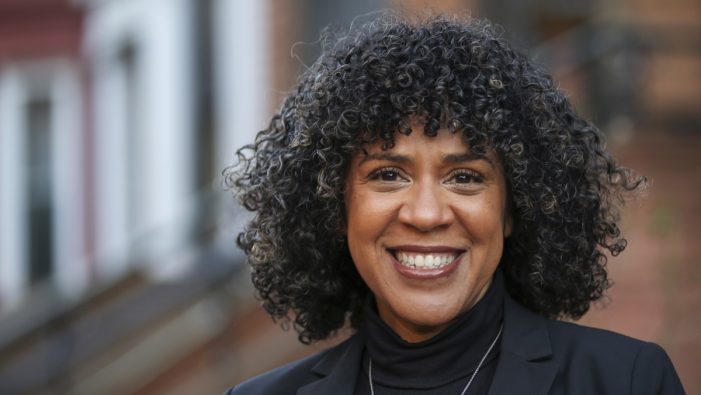 Dianne Morales is a Community Grassroot Candidate hoping to become the first elected Black and Latina community leader woman as mayor of New York City. Born and raised in Brooklyn to immigrants of Puerto Rico descent, she considers herself the embodiment of the average New Yorker. She is a champion with a proven track record of creating solutions to meet the needs of the majority of New Yorkers in New York City, having worked extensively with communities in a core sector like education. Beyond that, her long-term service in the nonprofit sector as Executive Director and Chief of Operation affords her the ability to be knowledgeable about the pain points of over 3 million NY City dwellers.

Though new to politics, her strength lies in her commitment to the community and her progressive approach to the issues facing New York City post-pandemic. Her opening statement on her campaign website, www.dianne.nyc, is bold and to the point: “The pandemic exposed the vulnerabilities that already existed: Housing, economic and health disparities were all present but have only deepened. And as we continue to experience the devastating consequences of our nation’s failed pandemic response, the rich have gotten richer, while the poorer have gotten poorer.

For the first time in our city’s recent history, we can no longer avoid that our city is built on the backs of Black women, immigrants, disabled people, the LGBTQ+ community, and the working poor. They have been the invisible drivers keeping the city going yet continue to be left behind.

Our system is not broken; it is working as it was designed to work. You don’t reform an inequitable, exclusive system. You transform it.”

Loyalty and Accountability
Morales sees racial justice and public safety as key to the city’s reopening and proposes an overhaul of New York City’s institutions to confront pandemic deepened inequality. Her proposals include realigning funds from the over-generous New York Police Department’s budget to reinvest in community responses.

Dianne is the only former NYC public school teacher in the race so far. Having grown and raised children in the public school system, she has experienced how segregated schools have divided young people based on race, ZIP code, and income.

This serves as a basis for her commitment to meeting the needs of fellow community members.

In an exclusive interview with Caribbean American Weekly, she explains that there are three main reasons why she considers herself best qualified for the position. It is a combination of her ‘reflexive experiences,’ life of service, and the loyalty and accountability she feels towards the communities.

Listen to an interview with Dianne Morales on “Running for Mayor of NYC” below:

“My loyalty and my accountability are to the community first. I don’t have a long career in politics at all. My campaign has been built on the idea of elevating the working class, immigrants population, black and brown of New York City. As I move forward, I am moving with all of you …”

Promoting the themes of dignity, solidarity, and care, Dianne Morales’ policy platform operates on the principle that politics should work for all New Yorkers.

A stronger city is formed when residents are prioritized, and oppressive systems and barriers are eliminated.

She sees a need to ensure that the people who help keep New York City afloat, the essential workers who worked in and out of a pandemic, cared for and protected from the struggles created by the imbalanced system. “…I don’t think anyone comes from our community and reflects our community that is really focused on prioritizing our concerns at the city-wide level. It is time to have someone in leadership who is going to make sure that our communities are a priority and that we are in the center moving forward…”

Issues and Results in the first 100 days
Some of the critical issues that Ms. Morales intends to address when elected include reviewing the city’s budget to address the community’s needs, building affordable housing, and addressing police brutality.

She firmly believes that certain groups, especially the people of color and other minority groups, must be reconsidered and looked after on budgets. Addressing the issue of housing, she said, “Housing is a critical priority; I think that we need to make sure that we prioritize and create affordable housing.”

And the other critical issue is addressing police brutality. Morales says,