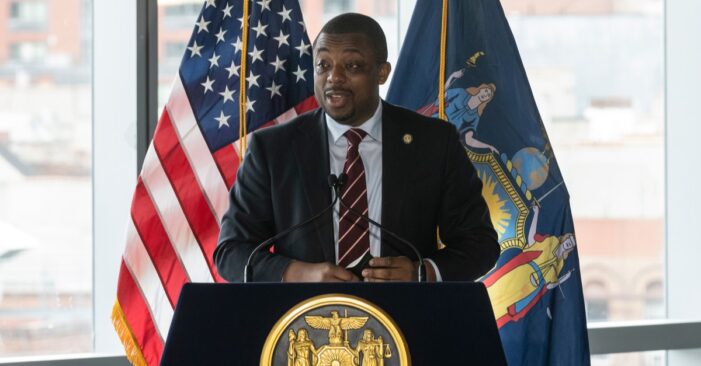 When Brian Benjamin took office as Lieutenant Governor in September, he became the first Caribbean-American statewide office holder in New York’s history. His mother is a Guyanese immigrant who came to New York with just a suitcase and a dream and worked hard to get a decent union job, and his stepdad is a Jamaican immigrant who was Brian’s bus driver when he was a kid. They raised Brian in New York City, and, together, they were able to send their son to Brown University and Harvard Business School. Because of stories like his own, Brian has always believed that New York is a place where anybody can come and achieve their dreams, and he’s fighting to keep it that way for generations to come. Learn more by clicking here.