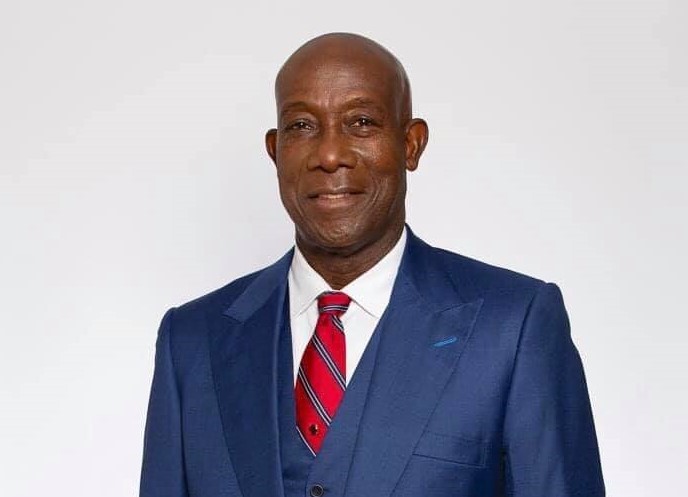 On Wednesday, August 31, the Republic of Trinidad & Tobago celebrated its Diamond Jubilee of Independence. Here is the message from T&T’s Prime Minister, Hon. Dr Keith Rowley: Trinidad and Tobago a nation at 60!

Look across the globe, let’s place ourselves on the world canvas, Trinidad and Tobago is “a baby” still, yet it has not only survived, but we have made and continue to make our mark across decades of progress and challenges. We have met the challenge of standing proudly, with a dignified stature within the Commonwealth of Nations. We did so and continue to grow with “boundless faith in our destiny. Our land, our people. We are a world-class achievement! Colonialism is gone, a nation was born and we are called upon to keep building it. Fellow citizens, I extend warm, heartfelt, emotional greetings to everyone, across our twin island State, on behalf of the Government of the Republic, my family and myself as Prime Minister. Today, our country’s socio-economic, political status may be best assessed, when one looks at the world, and how the stability of others, older and more resourced countries is being shaken.

Achievements in Sports
At 60, we are also enjoying today, heady “Moments of Excellence” in Sport thanks to the Gold, Silver and Bronze medals given to us recently by our cyclists, Nicholas Paul, and Teniel Campbell, and 200 sprinter, Jereem Richards. On reflection, our athletes have brought us many such moments, over the past 60 years, and even before Independence from the Silver and Bronze medals of the great featherweight lifter Rodney Adolphus Wilkes in the 1948-52 Olympics. We are ever grateful for our Olympic medals — three Gold, five Silver and eleven Bronze – the regal memories of the sporting giants we created, their successes and world records. At 60, our roll call cites Hasely Crawford, our first Olympic Gold, track; the world-record relay 4×400 team in 1966 with the outstanding Wendell Mottley, Edwin Roberts, Ken Bernard, Lennox Yearwood, followed by Olympic Gold-medal track team of 2008, Richard Thompson, Keston Bledman, Emmanuel Callender, Marc Burns, Aaron Armstrong, and the Gold in 2012 of Keshorn Walcott in the Javelin field event, and, of course, we must cite the enduring, Olympic successes of Ato Boldon. And in Paralympics, Rachael Marshall, Akeem Stewart and Nyoshia Cain and others have to be acknowledged, and praised for giving us, as a nation, such “Moments”.

Overall, we must extend our appreciation to our athletes, Christopher Forde “Mr. Universe” in 1964, and Michael Hercules in bodybuilding; in netball, the 1979 joint World Champions; world boxing champions, Claude Noel and Leslie Stewart; former world-record holder, George Bovell in swimming; our football team in the FIFA World Cup in 2006, the outstanding Dwight Yorke, and, of course, the Cricketing world’s greatest batsman, twice record holder, our Brian Charles Lara — a name and face known across the globe. Our achievements have been diverse — in netball, football, cricket, swimming, boxing, bodybuilding, and continues.” As a small nation, we also hosted both the World Netball championship and the 2001 FIFA Under-17 World Championship, and our eyes are now on the Commonwealth Youth Games next year.

Global Recognition in the Arts & Entertainment
As our roll call flows to the cultural sphere, it extends to our achievements in Pan, its music and its thousands of players, our calypsonians, the emergence of chutney music, to Nobel Laureate, V.S. Naipaul; our adopted sons, the Mighty Sparrow, St Lucian-born, Derek Walcott; novelist, Earl Lovelace and others; our three world-class beauty queens; our great Artists, such as, LeRoy Clarke, Glenn Roopchand and Carlisle Chang and others, some of whose works are currently featured, as part of our national celebrations; internationally recognized designer, Peter Minshall; Geoffrey and Boscoe Holder; artist/musician, Pat Bishop; limbo dancer, Julia Edwards; international superstar, Billy Ocean MBE; steelband leader in the U.K., Terrence Noel, MBE; international newscaster, Sir Trevor McDonald; Fashion designers, Anya Ayoung Chee, Meiling, Claudia Pegus, Heather Jones; David Michael Rudder, recently awarded the Order of the Caribbean Community, and the growing number of actors/actresses on international television, and others making their marks in international spheres.

Tribute to Dr Eric Williams
Fellow citizens, at the birth of our Republic, our Founding Father, Dr Eric Eustace Williams gave us the classic gift, the book, “History of the People of Trinidad and Tobago”, which ends, in part, with a charge to all citizens: “On August 31st, 1962, a country will be free, a miniature state will be established, but a society and a nation will have to be formed. After August 31, 1962, the people of Trinidad and Tobago will face the fiercest test in their history – whether they can invest with flesh and blood the bare bones skeleton of their National Anthem, ‘here ev’ry creed and race find and equal place’. That is their challenge.”

Around the same time, our literary giant, C.L.R. James also inspired us, alerting that we were part of the Caribbean, which was “pregnant with a form of parliamentary democracy, which could easily and rapidly be the highest reached by that political form”.

Both Dr Williams and CLR saw within us the potential to become a great nation, if we are tolerant of each other, and marched, collectively. They also foresaw how historic racial cleavages could be spun, by operatives, into ethnic and parochial, political flashpoints. But democracy, imperfect as its prospects may seem, is capable of evoking the best qualities, within human beings.

Our democratic freedoms allow us the choice of subsuming our egos, ambitions and interests to the needs of the whole nation. That is the essence of politics and nationhood – citizens working together in furtherance of their common good.

Today, as we celebrate, I believe that some citizens feel, within themselves, a growing sense of ownership of our society, and they are part of a rapidly modernizing space, called Trinidad and Tobago.

That feeling of solidarity and ownership must be nurtured and encouraged to become more widespread. This Independence moment calls for a genuine effort towards quieting down, one of tolerance in which we stimulate a spiritual compassion of brotherhood/sister hood, a discipline, and readiness to remove our personal, selfish interests for the good of Trinidad and Tobago. This is not only about party politics but building a nation. We must acknowledge our successes and allow them to fortify us to grapple with our failures as we make the journey of nationhood.

Our economic fortunes, following global economic cycles, have ebbed and flowed. Good times have allowed us to develop and prosper, as a country, as people. The UN and other international agencies now rank Trinidad and Tobago on their High Level of Human Development index. So, citizens, let us go beyond, the perpetual naysayers, with their self-defeating miserable bag of negatives, that “this is not a real place.” We are a great place and our red, white, and black covers us all in every circumstance. Accept the responsibility, feel the pride.

In our 60 years, we have made vast strides in our development. We have moved from an a largely under agrarian, underdeveloped economy to a highly industrialized status, with an educated workforce, supporting a sophisticated, specialized services sector and a trader in the complex international economy.

Through careful economic policy and planning in the 1970s, our citizens, led then by the indefatigable, Professor Ken Julien, with supporting teams — comprising familiar faces you normally pass on the streets — developed and today continue to manage a world-class, competitive energy sector.

Dr Williams’ vision of a downstream gas industry materialized in the Point Lisas Industrial Estate, Couva — a model recognized globally, as a successful example of how natural gas could be used effectively to develop downstream industries. Many citizens still do not realize that the revenues from Point Lisas have up-graded and maintains the quality of their daily lives from classroom to hospital to dining table and vacation experiences.

Call to Action from the Citizens of Trinidad & Tobago
Fellow citizens, 60 years is a time to look at ourselves, deeply, a time for some introspection. We boast of our individual rights, but with too little talk of our responsibilities. The individual responsibilities of citizens must come into national focus. As Prime Minister, I have some concerns, which I call a citizens’ agenda: the rising crime surge, as a National Emergency requiring action from all stakeholders; the effectiveness of the national school curriculum; the continuous review of our social welfare programs; a special attention, by the relevant ministry, on our youths; and placing family life in Trinidad and Tobago, under our national spotlight. We need to rededicate to the nation’s watchwords of Discipline, Tolerance and Production, the visionary guidance identified for us at our birth by our founding father Dr Eric Williams.” Think of Benjai’s “Trini”, David Rudder’s “Trini 2 De Bone”, Sundar Popo “Nana and Nani”, or the range of Rikki Jai, and local artistes, which sadly we hear only occasionally.

Giving Thanks & Praise
Today should be one of gratitude and thanksgiving—first to our Maker, then a tribute to all our Leaders who laid our foundations, and ourselves, as a people. We have so much to be thankful for, as Dr Williams wrote quoting the scripture: “For I will make you a name and a praise among all people of the earth.” Fellow citizens, I think, in great measure, we are on our way to fulfilling Dr Williams’1962 dream. Stay the course and we will all get there together. Great is our land, Trinidad and Tobago.