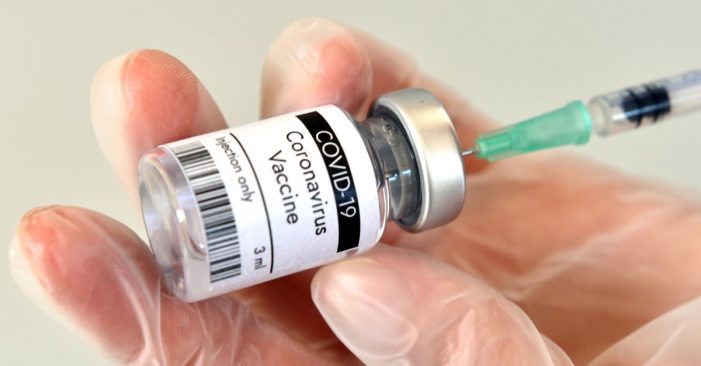 New findings suggest the Janssen/Johnson and Johnson COVID-19 vaccine can reduce the risk of an immunized person unknowingly passing along the virus to others.

The FDA released new documents today that link the single-dose vaccine to a 74% lower likelihood of asymptomatic transmission to others at 71 days compared to placebo.

“The decrease in asymptomatic transmission is very welcome news, too, in curbing the spread of the virus,” Phyllis Tien, MD, told Medscape..

“While the earlier press release reported that the vaccine was effective against preventing severe COVID-19 disease, as well as hospitalizations and death, this new data shows that the vaccine can also decrease transmission, which is very important on a public health level,” said Tien, professor of medicine in the Division of infectious Diseases at the University of California San Francisco.

“It is extremely important in terms of getting to herd immunity,” Paul Goepfert, MD, director of the Alabama Vaccine Research Clinic and infectious disease specialist at the University of Alabama-Birmingham, said.. “It means that this vaccine is likely preventing subsequent transmission after a single dose which could have huge implications once we get the majority of folks vaccinated.”

The FDA cautioned that the numbers are relatively small and need to be verified. However, the Johnson & Johnson vaccine might not be the only product offering this advantage. Early data suggests that the Pfizer/BioNTech vaccine also can decrease transmission, providing further evidence that the protection offered by immunization can go beyond the individual.

Governors and federal officials are awaiting the green light to issue the one-dose Johnson & Johnson COVID-19 vaccine, which FDA scientists also say is safe and effective.

“Governors are carefully planning their efforts and getting ready for the possible new vaccine,” White House COVID-19 Coordinator Jeff Zients said at a news briefing this morning. “If authorized, we are ready to roll out this vaccine without delay.”

The Johnson & Johnson shot, which would be the third vaccine for a pandemic that has killed more than 500,000 Americans, was found to be more than 85% effective at preventing severe illness and 66% protective overall.

The Moderna and Pfizer vaccines were tested before the discovery of variants from the United Kingdom, South Africa, and Brazil, meaning those two vaccines likely benefited from higher efficacy rates and more straightforward results.

But once the Johnson & Johnson shot receives emergency use authorization, which could come shortly after a scheduled scientific committee meeting this Friday, the administration will begin working to get it out right away.

“While we await the decision, we want the American people to know we’re doing the work. So if the emergency use authorization is granted, we’ll waste no time getting the lifesaving vaccine into the arms of Americans,” Zients said.

When the Biden administration assumed power 5 weeks ago, he said, it became clear the company was behind on manufacturing. Since then, the White House has helped with equipment and raw materials to speed up the process.

“It was disappointing when we arrived,” Zients said, “and I think the progress is real.”

The White House response team also announced the delivery of 25 million fitted cloth masks for adults and children to health centers and food banks nationwide in a continued effort to protect underserved Americans.

As officials scramble to get vaccines and protective gear to the public, scientists are also working overtime to learn more about the long-term effects of COVID-19, said Anthony Fauci, MD, the White House COVID-19 Response Team’s chief medical adviser. On Feb. 23, the National Institutes of Health launched an initiative to further study this phenomenon.

Fauci called post-acute sequelae of COVID-19 — or PASC — “alarming” and “puzzling,” stressing that even those with moderate cases of the virus can be inflicted.

“New symptoms sometimes arise well after the time of infection, or they evolve over time and persist for months,” Fauci said. “They can range from mild or annoying to actually quite incapacitating.”

He referenced a study from researchers at the University of Washington, published Feb. 19, that found a whopping 30% of the 177 participants reported persistent symptoms for up to 9 months.

“It’s very difficult to treat something when you don’t know what the target of that treatment is,” Fauci said. “There are a lot of important questions with this series of initiatives that we will ultimately answer.”