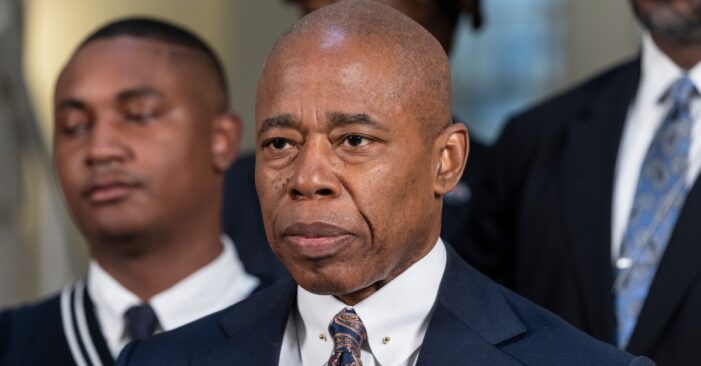 “As the second Black mayor of New York City, I know that I stand on the shoulders of countless heroes and sheroes who put their lives on the line to secure a more perfect union. Now is the time for me to do a small part and recognize one of our nation’s greatest wrongs.

“Juneteenth is a time for reflection, assessment, and self-improvement. People across the country of all races, nationalities, and religions unite on this day to truthfully acknowledge the stain of slavery and celebrate the countless contributions of Black Americans. It’s time for our city to finally do what’s right and officially designate Juneteenth as a city holiday. This decision is long overdue, which is why it will immediately take effect this year.

“Holding a mirror to our nation’s past atrocities is never easy, but it is necessary.”

Juneteenth, which falls on June 19th, marks the anniversary of the day federal troops arrived in Galveston, Texas in 1865 to announce that all enslaved people were free. Coming two and half years after President Abraham Lincoln issued the Emancipation Proclamation, it is recognized as the effective end of slavery in the United States. It is widely considered the longest-running African American holiday. On June 17, 2021, Juneteenth was officially designated as a federal holiday.