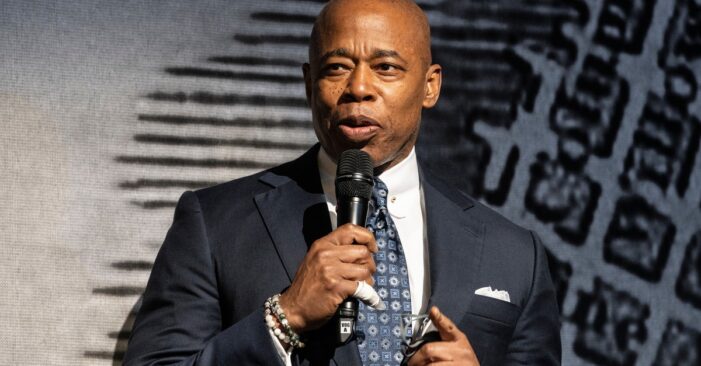 NEW YORK – New York City Mayor Eric Adams and former New York City Mayor Michael Bloomberg today announced the launch of ‘Summer Boost NYC’ — a new Bloomberg Philanthropies program that will support summer learning at public charter schools in New York City for approximately 25,000 K-8 students who have fallen behind and face significant learning gaps that have been exacerbated by the COVID-19 pandemic. For two years, in-person learning disrupted by the COVID-19 pandemic and the accompanying social-and health-related effects have resulted in significant learning loss, particularly for students of color from low-income families.

“Whether at a district school or a charter school, every young person should be invested in, and this $50 million investment will do just that,” said Mayor Adams. “Many of our sons and daughters had disrupted learning during the past two years because of the pandemic and deserve an opportunity to learn during the summer. This investment will give young New Yorkers in the program the chance to grow, to learn, and to explore their talents and imagination. I want to thank Michael Bloomberg and Bloomberg Philanthropies for creating the Summer Boost NYC program, continuing to make massive investments in our children, and showing an entire nation how to make our schools work for everyone. With their support, we are ensuring no young person is left behind.”

“After two years of school closures and inadequate remote instruction, students across the U.S. have suffered unprecedented learning loss,” said Michael R. Bloomberg, founder, Bloomberg Philanthropies and Bloomberg LP; and 108th Mayor of New York City. “The harm has fallen heaviest on the children who were already too far behind, especially low-income Black and Latino students. That could have devastating effects on their chances for graduating high school and going to college or beginning a career. Mayor Adams and Chancellor Banks deserve credit for recognizing the crisis and taking immediate action by expanding Summer Rising across the city. The private sector and philanthropic groups also have a duty to step in and do what they can to help get kids back on track. This is an all-hands-on-deck moment. This summer is a valuable opportunity to make up for lost ground, and we’re not going to let it slip by.”

“It is essential that every child in New York City has a safe and supportive place to grow this summer,” said New York City Department of Education Chancellor David C. Banks. “I thank Mayor Bloomberg and Bloomberg Philanthropies for their generosity and for helping to lift up our youngest New Yorkers.”

A private study from McKinsey found that the pandemic fed the ongoing educational crisis already facing many students of color from low-income families in New York City. Unless urgent action is taken, some of these students may never catch up and their future higher education, employment, and wage-earning opportunities will be severely impacted. Recently, New York City expanded its Summer Rising program for 2022 and now serves 110,000 students in grades K-8 — up more than 10 percent from last year. Summer Boost NYC builds on the city’s Summer Rising initiative by aiming to support students at charter schools — which 14 percent of New York City public school students attend — expanding much-needed summer school programs to more than 135,000 students.