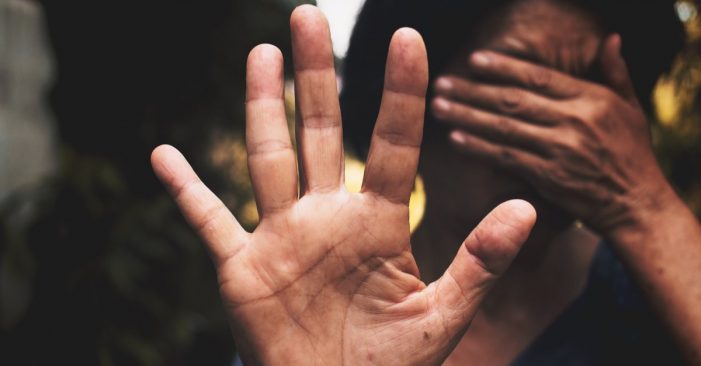 Every human has an unreserved right to life, liberty, and freedom. Unfortunately, these rights violations make up the bane of man’s inhumanity to another, especially among the powerful, including the United States, the acclaimed proponent of modern democracy. Unfortunately, with various incidents, since the beginning of Trump’s administration, it seems like the violation of immigrants’ rights has become a significant area of achievement, with immigrants at the heart of policies, laws, and actions that have changed the persona of an average immigrant.

As the years go by, the violations have increased, with unbelievable stories buttressing the administration’s hostility toward immigrants. Keen political observers expect the situation to worsen. In 2017, a group sued Trump’s Office of Refugee Resettlement over its anti-abortion policy, blocking pregnant underage immigrants from accessing abortion and forcing them to carry the pregnancy to term unwillingly. Evoking feelings of Deja vu, and a reminder of America’s history of forcibly sterilizing people of color, an example of an unfortunate past and a threat to its return.

Since then, the situation has declined, with new claims of abuse and violation of reproductive rights as filed on immigrants’ behalf. In Georgia, the Irwin County Detention Center (ICDC), managed by LaSalle Corrections, a profit-making prison company that manages the facility is under investigation. The investigation follows a complaint filed by a whistleblower within the facility against the center for carrying out practices without patients’ knowledge or consent, thereby violating their rights while in the custody of Georgia’s Immigration and Customs Enforcement (ICE). A nurse raised allegations of reckless medical practices of one of the center’s OB/GYN practitioners, Dr. Mahendra Amin, and filed a report to the Department of Homeland Security inspector general prompted a chain reaction of inquiries and investigations at the national and federal level.

As a response, a five-page report, compiled from the review of over 3,000 pages of medical records of the complainants, by the team of medical experts – including certified doctors and nurses with affiliation to reputable academic medical centers, revealed that the primary gynecologist for the Irwin County Detention Center in Ocilla, Ga. Dr. Mahendra Amin recommended unnecessary medical procedures for 19 patients. The investigating medical team compiled the report in partnership with various legal experts in a Project South coalition. They are representing the women – Innovation Law Lab, the Southern Poverty Law Centers, and others.

The acclaimed patient-victims’, accused the expert of performing medical procedures under coercion, subtle intimidation, and without the patient’s knowledge and sometimes without consent. Findings substantiated the allegations of medical abuse, finding medical procedures that removed the reproductive organs, and administering birth control procedures. In the report, both the doctor and the mentioned detention facility preyed on the women’s vulnerability. They coerced the victims into various forms of inappropriate and unnecessary medical care.

Unsurprisingly, most alleged maltreated patients are Blacks or Latinos, from Africa, the Caribbean, and Latin America. According to investigative findings from The Los Angeles Times, their reporters interviewed a few patients from the pool of reviewed cases during the medical investigation. All of them had similar experiences with Dr. Amin, his approach, methods, and aftermath. One of the patients, a now-deported Jamaican, claimed that she had misgivings about Dr. Amin, having observed that so many women under his care had received similar surgeries. However, she needed his expertise because of her particular medical need from the report of ‘abnormal pap smear ‘her previous doctor had identified. However, she felt empty and unsure of his judgment after undergoing a procedure by Dr. Amin, who informed her post-procedure of removing her fallopian tubes because of damages, thereby reducing her chances of bearing biological children due to the procedure. Shereace claims she feels that the procedure might not have been the only option; however, her doubts remain unconfirmed for lack of a second opinion as she can’t afford another expert’s services.

Another alleged patient-victim, a South American Immigrant, Amanda, cited a case of subtle threat/coercion when she at first opposed the proposed procedure Dr. Amin recommended. She was informed of a potential life-threatening ovarian cyst that needed a procedure. However, she remembered feeling pressurized into signing the paper for the draining of a cyst; but not a series of surgeries by Dr. Amin, who had scraped her uterus, removed her ovaries and other procedures without her consent. She recollects waking up, chained to the hospital bed, and getting into a panic.

After spending over two decades in the U.S., another deported Jamaican described the Irwin hospital as degrading, citing she received a medical procedure she was not fully informed about and without consent and refused to remove her uterus, which the medical team ruled as unnecessary upon review.

The spokesperson for the immigration agency refused to provide any further comment on the case at the time of the interview; neither did the inspector general’s office respond to the request for comments. On the accused side, Dr. Amin’s counsel, Scott Grubman, informed the Times through email that he lacks permission to respond to any inquiries on the case without a release from his client. However, he mentioned that most of the allegations proved false based on investigations. A similar stand taken by the Irwin hospital’s managing company, in an email from their spokesman, Scott Sutterfield, refused to make any comment on the case but confirmed their cooperation with the investigation.

From the government side, the office of Homeland Security in September alluded to the invalidity of the allegations in their preliminary investigations. However, the office will be conducting a thorough audit in the future.

No matter what the denials, defenses, and outcomes, the fact remains that women’s reproductive rights are trampled, and for some denied, especially immigrant-women, whose lives’ trajectory has changed. Through the manipulations of people in power, if confirmed, delivered through biased medical experts who have become instruments for systemic injustice. Hopefully, it will change sometime soon.