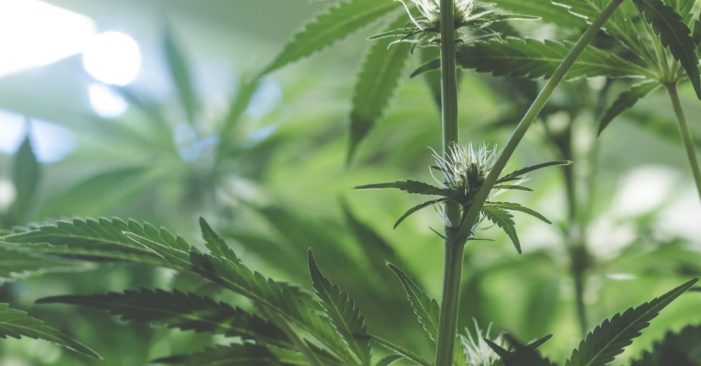 WASHINGTON — Senator Chuck Schumer of New York proposed ambitious legislation on Wednesday to decriminalize marijuana at the federal level, putting his weight as majority leader behind a growing movement to unwind the decades-old war on drugs.

The draft bill, called the Cannabis Administration and Opportunity Act, would remove marijuana from the Controlled Substances Act and begin regulating and taxing it, placing new federal rules on a burgeoning industry that has faced years of uncertainty. Though states would still be allowed to set their own marijuana laws, businesses and individuals in states that have legalized its use would be free for the first time to sell and consume without the risk of federal punishment.

The proposal would also try to make recompense to communities of color and the poor for damage from years of restrictive federal drug policy. It calls for immediately expunging nonviolent marijuana-related arrests and convictions from federal records and would earmark new tax revenue for restorative justice programs intended to lift up communities affected by “the failed federal prohibition of cannabis.”

“It’s not just an idea whose time has come; it’s long overdue,” Mr. Schumer said at a news conference in the Capitol. “We have all seen the agony of a young person arrested with a small amount of marijuana in his or her pocket. And because of the historical over-criminalization of marijuana, they have a very severe criminal record they have to live with their whole lives.”

He vowed to “use my clout as majority leader to make this a priority in the Senate.”

The legislation faces an uphill battle in the Senate, where Republicans are opposed, and it is unlikely to become law soon. President Biden has not endorsed it, and some moderate Democrats are likely to balk at the implications of decriminalizing a drug that has been policed and stigmatized for so long.

But in the arc of the public’s rapid reconsideration of marijuana laws, the presentation on Wednesday was a remarkable milestone for legalization proponents. The suggestion that the Senate’s top leader would sponsor major decriminalization legislation would have been fantastical in the not-too-distant past.

Mr. Schumer wrote the bill with Senator Cory Booker, Democrat of New Jersey, and Senator Ron Wyden, Democrat of Oregon and the chairman of the Finance Committee.

The senators said they were trying to prod Washington off the sidelines of a debate in which much of the country was already engaged. Public opinion polling suggests that nearly 70 percent of Americans support legalizing marijuana. Thirty-seven states and the District of Columbia have legalized marijuana for medical use, and 18 states plus D.C. allow recreational use by adults.

Mr. Schumer has also made no secret that he believes Democrats stand to benefit politically from embracing the legalization push, particularly with young voters. 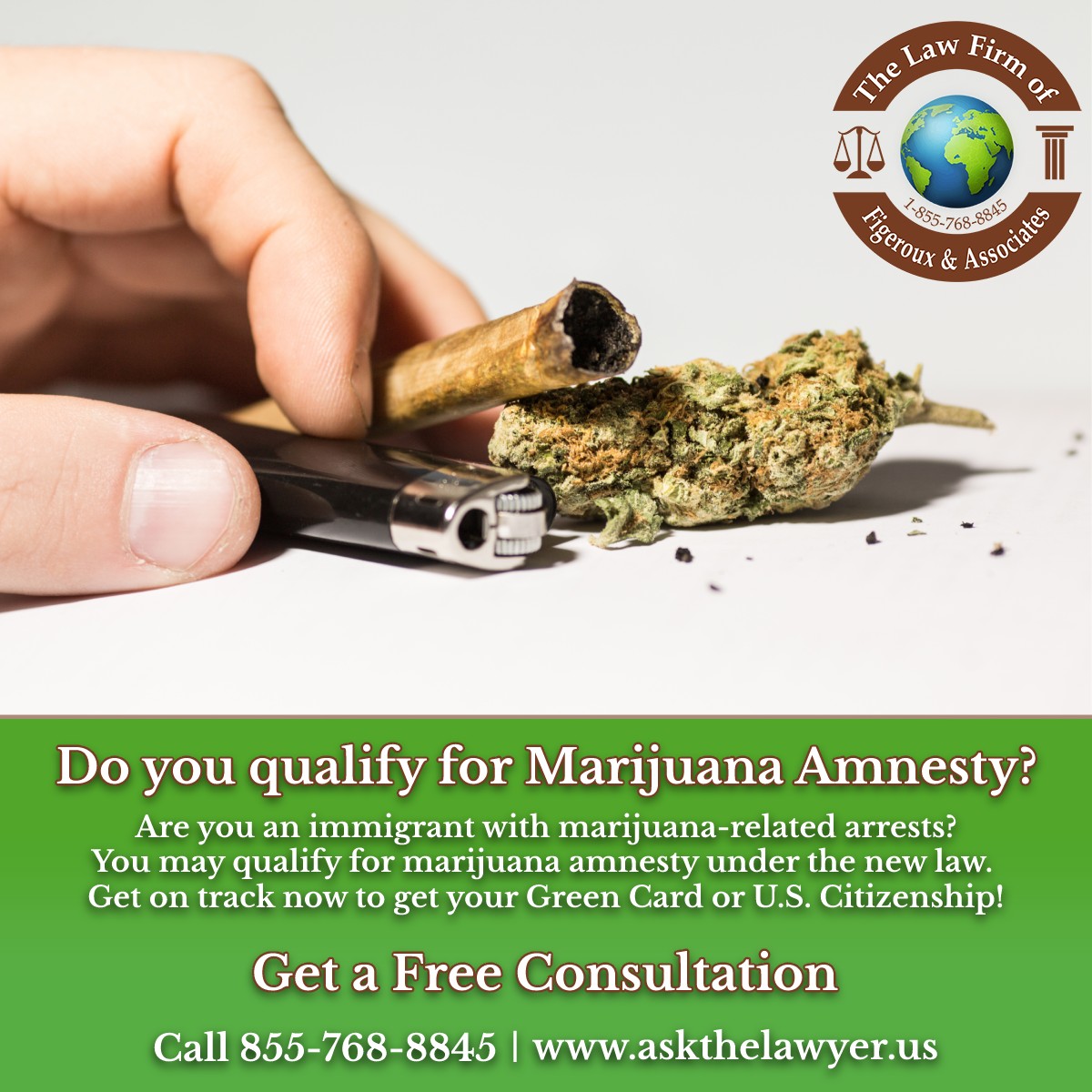 The Democrats’ bill proposes empowering the Food and Drug Administration and the Alcohol and Tobacco Tax and Trade Bureau at the Treasury Department to begin regulating the production, distribution and sale of marijuana. Among other implications, the changes would allow marijuana companies already operating in states where it is legal to gain full access to the United States banking system and claim federal tax deductions for business expenses.

The legislation would gradually institute a federal excise tax like the one on alcohol and tobacco sales, eventually as high as 25 percent for big businesses, allowing the federal government to benefit from sales that came close to $20 billion in 2020. The revenue would then be funneled back to communities most affected by federal drug policy and to fund expanded medical research into cannabis that is currently limited by its status as a controlled substance.

One provision, for instance, would establish a cannabis justice office at the Justice Department to help fund job training, legal aid and help with re-entry after incarceration. Another program would promote loans to small cannabis businesses owned by members of racially or economically marginalized groups to try to ensure that communities that suffered disproportionately under the war on drugs are not left out of the gold rush that has accompanied legalization.

But the bill would aim to make other, more direct attempts to compensate for the effects of years of aggressive policing. In addition to expunging past arrests and convictions, it would entitle those who are currently serving sentences for nonviolent federal drug crime to a court hearing to reconsider their sentences. And the federal government would no longer be able to discriminate against marijuana users seeking federal housing, food or health benefits.

“The hypocrisy of this is that right here in the Capitol now people running for Congress, people running for Senate, people running for president of the United States readily admit that they’ve used marijuana,” Mr. Booker said. “But we have children in this country, people all over this country — our veterans, Black and brown people, low-income people — now bearing the stain of having a criminal conviction for doing things that half of the last four presidents admit to doing.”

The Democratic-led House passed similar legislation in December, with a handful of Republicans joining to vote in favor. The vote was the first and only time either chamber had endorsed the legalization of cannabis, but the bill died at the end of the last Congress. House leaders plan to pass an updated version in the coming months.

Passage through the Senate is likely to be more tricky. Mr. Schumer would need to assemble 60 votes, meaning he would need the support of at least 10 Republicans. Though libertarian-leaning Republicans have generally supported ending the prohibition of marijuana, party leaders are likely to oppose the Democrats’ plan, particularly with its emphasis on restorative justice and government intervention in the cannabis industry.

“This new bill puts the cart before the horse,” said Senator Charles E. Grassley of Iowa, the top Republican on the Judiciary Committee. “It’s important that we have robust research and fully understand the good and the bad of marijuana use, especially in young people and over the long term.”

Republicans have been more supportive of narrower legislation that would not touch marijuana’s criminal status but give companies operating under state laws access to financial systems. Such a bill might garner 60 votes in the Senate, but Mr. Booker warned it would further entrench inequities and vowed to block it.

“I will lay myself down, do everything I can to stop an easy banking bill that’s going to allow all these corporations to make a lot more money off of this, as opposed to focusing on the restorative justice aspect,” he told reporters.

Opposition to the broader bill proposed on Wednesday is not limited to Republicans. Mr. Schumer conceded that he did not yet have even the support of his full caucus and would have to persuade moderates who are uncomfortable with the implications of decriminalization.

“There is still not enough data on marijuana use and whether that is a gateway drug in my mind to be able to make a decision to legalize it,” said Senator Jeanne Shaheen, Democrat of New Hampshire, noting that her home state faced “a significant substance use disorder problem.”

Mr. Biden has said he supports decriminalizing marijuana and pulling back the war on drugs, but his views on the issue are generally more conservative than those of many Democrats. His White House made headlines this spring for pushing out five staff members over their use of marijuana.