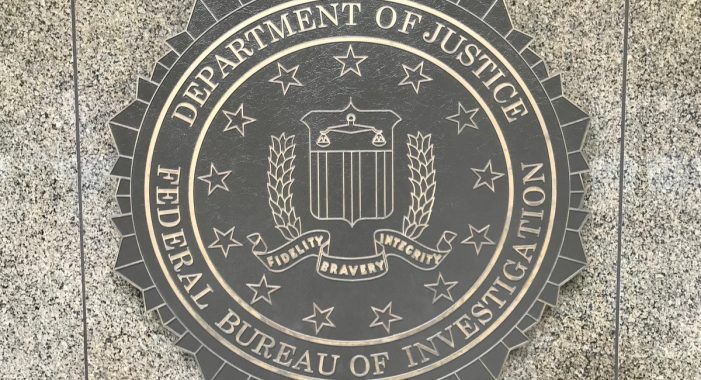 U.S. Department of Justice/FBI Emblem on the Outside Entrance wall of The FBI Building in Washington, D.C. Shot on November 24, 2017. (Shutterstock)

On Tuesday, May 25, 2021, history was made. Kristen Clarke was confirmed as the first woman and first woman of color to lead the Civil Rights Division at the Department of Justice. Clarke’s career was launched in the office that she now leads. She personally prosecuted crimes based on hatred and bigotry, human trafficking, domestic violence, and sexual assault. She has served at two of the nation’s oldest civil rights organizations, where she worked on everything from voting rights to equal education and employment. At the Department of Justice, she will continue advancing civil rights progress, including on police reform. With her mom Pansy Clarke holding a bible, Clarke was sworn in by Vice President Kamala Harris at the Department of Justice in Washington, DC.

“Kristen Clarke is a true public servant who has dedicated her career to bettering the lives of others, and, following today’s bipartisan vote to confirm her nomination, that selfless work will continue,” said Attorney General James. “Kristen’s a first-generation American who has broken barriers throughout her life and did so again today, and I am confident that she will refocus the DOJ’s Civil Rights Division on fighting for all marginalized communities throughout this nation. From the beginning, the Biden-Harris Administration has shown its deep commitment to inclusivity and diversity and has made the nomination of qualified individuals a cornerstone of its picks. I have no doubt that putting the Civil Rights Division in Kristen’s capable hands will continue that tradition.”

The bipartisan vote in the United States Senate confirmed Clarke by a vote of 51-48.

Wade Henderson, interim president and CEO of The Leadership Conference on Civil and Human Rights, released the following statement after the Senate’s bipartisan vote confirming Kristen Clarke as assistant attorney general for the Civil Rights Division at the U.S. Department of Justice:

“This is an historic, important moment for our nation as Kristen Clarke becomes the first woman, and notably, the first Black woman, confirmed to lead the Civil Rights Division. In this crucial role, Clarke will no doubt continue her lifelong commitment fighting tirelessly for equal justice under the law for every individual in this country, including people of color facing racial and sex discrimination, LGBTQ people, and religious minorities targeted because of their faith. The Justice Department is in superb hands as it continues to restore its role as chief enforcer of our civil rights.”

In February, The Leadership Conference released a letter signed by more than 100 civil and human rights organizations in support of Clarke’s nomination. A wide range of leaders and organizations have also submitted letters of support.