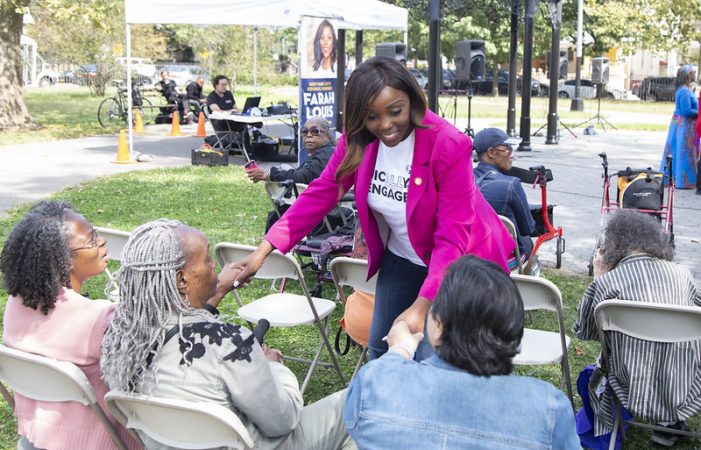 Council Member Farah Louis (photo: City Council)
NEW YORK ––– Council Member Farah N. Louis (D-Brooklyn), Vice Co-Chair of the Black, Latino, and Asian Caucus, issued the following statement after Haitian President Jovenel Moïse was assassinated at his home early this morning in Pèlerin, Port-au-Prince. He was 53.
STATEMENT BY COUNCIL MEMBER FARAH N. LOUIS
“I am heartbroken that Haiti’s president was killed and his wife injured, while an entire nation compounded by health and political crises grows weary about their future. The assassination of President Jovenel Moïse was a cowardly act and a misguided attempt to resolve systemic issues faced by several administrations. Unfortunately, the violence that took place overnight will likely perpetuate fear and deepen divisions that have delayed progress for people who have longed for change and peace. Regardless of political alliances, we cannot continue to rely on force to restore security and stability. Our resilient spirit is the essence of who we are and how we can rebuild a nation that withstood so much devastation by working more collaboratively with the brilliant, young minds who can help envision a more equitable future. The transition of power within the next several days and months will be critical, but we cannot overlook the life that was cut short and the loved ones he leaves behind. As the daughter of Haitian immigrants, I am praying for the recovery of First Lady Martine Moïse and strength for the affected family, including three children, as they begin to cope with this devastating tragedy.”