Stop Gender Violence in Jamaica: The Need for Change is Urgent 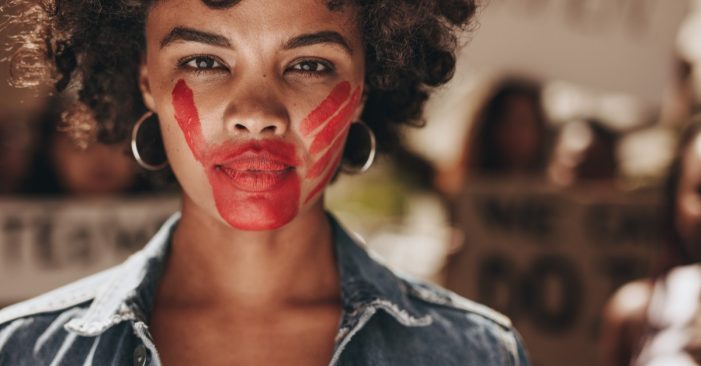 I was shocked to read the various news reports of gender-based violence occurring in recent weeks in Jamaica, and especially a report by the United Nations that 700 new cases of gender-based violence were reported in Jamaica between March and April 2020. Fear, intimidation, and a subtle normalizing of the unthinkable continue to make it difficult to hold fully accountable those who perpetrate such awful acts of violence. There is a dramatic deterioration in the moral fiber of our beloved Jamaican society. This decline is demonstrated by a distressingly high crime rate in general and an embarrassing decrease in respect for women in particular. We are aware of the worldwide increase in domestic violence partly due to the Covid-19 pandemic. Unfortunately, Jamaica has become a part of this global disgrace of gender-based violence.

As a woman, and a part of the Jamaica diaspora, I am outraged by the disregard for women’s basic human rights. Rights for all members of the human family were first articulated in 1948 in the United Nations’ Universal Declaration of Human Rights. The document is universal, It applies to all human beings on the face of the earth. I have been a proud Jamaican for over 66 years. It is appalling that I should now have to hang my head in shame at the disgusting disregard for these basic human rights by so many of our men.

It has always been my belief that men who physically attack women are cowards at heart. They continue to rape, beat, and kill women because they have no idea how to cope with the realities of life in productive and meaningful ways. So, they turn their repressed rage on persons who they perceive to be weaker and less able to retaliate effectively against their immature, deplorable acts of depravity.

This situation is not to be tolerated. Persons in high office are to set an example of high moral standards. Those who deviate from this societal responsibility must be held accountable. This behavior is not to be swept under the rug or disregarded as unimportant. The hands of law enforcement must not be tied by ineffective laws and policies. Men and women who have the power to create change must stand up and be counted. It is too late for leaders and persons of influence to be overcome by fear and intimidation. The downward moral spiraling of our society needs to stop now.

This type of behavior may have been tolerated by women in the past, but it will no longer be tolerated. While women may be regarded as “the weaker vessel” we are strong in numbers and indomitable in determination. Men in Jamaican society need to understand that we will not bring you into the world to become weak-kneed parasites who prey on the vulnerabilities of others to fulfill your desire for power and control. We absolutely will not stand for it. We brought you into the world and we are determined to ensure that men understand and conform to their roles as protectors and defenders of women. We will be respected. The free for all is over.

I call upon men in government and other positions of leadership to insist on change. Religious leaders of Jamaica need to stand up and declare justice, liberation, and redemption for the women of Jamaica. It is the responsibility of every Faith leader to be a moral voice, to stand up as a light in the very deep shadows of this dark chapter in our history as a nation. “What does the Lord require of our spiritual leaders? To do justly”.

Common human decency demands that change must happen. This is a national outrage, a moral tragedy. This is not our Jamaica, land we love. Jamaica stands in disgrace today as a country that harbors, condones, and supports corruption and violence. This is not time for just words of outrage though. This is a time for action.

Individuals responsible for violating the rights of women must be held accountable. Persons in positions of authority who physically abuse women are not fit for public service. We in the diaspora are shocked, outraged, and saddened by what our country has become. As supporters of the economic well-being of Jamaica, as ambassadors of our proud Jamaican heritage: we demand justice for the women of Jamaica. We have the ability and strength to build Jamaica. We are not encouraged by the lack of respect for the dignity and worth of every Jamaican woman.

Laws and policies must not only be put in place that protects the most vulnerable in Jamaican society; these laws and policies must be executed effectively. Educational programs must be implemented that engage minds from early childhood and throughout the life span to embrace values that respect every citizen, that respect human life, that honors women, and elevate families. We need a moral reawakening, a strengthening of resolve, a mandate for change, a moral compass to “teach us true respect for all”, and “guide response to duty call”. I pray that God will “Give us vision lest we perish”. Weed out the bad apples and let Jamaica prosper! No more half-hearted platitudes. No feeble apologies. We need a radical change in our society’s standards of behavior towards women.