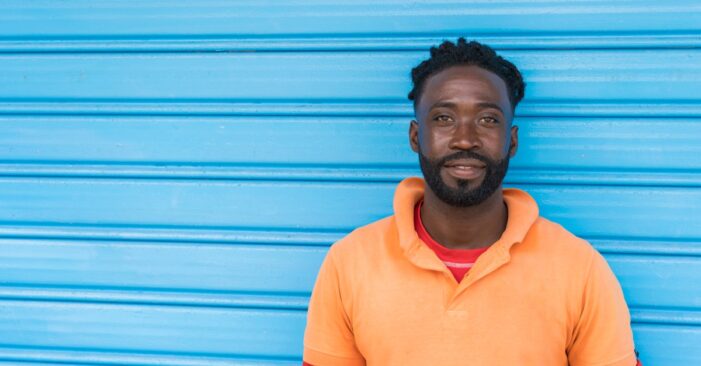 A first-generation American, Leonce doesn’t speak Creole and, a times, felt ostracized because of it, as if she always had to prove herself to other Haitians. At one point, Leonce even began introducing herself as “Kelly” because she was ashamed of her birth name.

In college, however, something changed: between Florida International University’s robust Caribbean community, her own research and just genuine maturation, Leonce eventually began to embrace her heritage.

“Not anybody else can say that they have the history that my blood has,” Leonce said.

During Haitian Heritage Month, on the heels of a catastrophic year in which Haiti was rocked by a 7.2-magnitude earthquake and its president was assassinated, the Miami Herald asked nine Haitian-Americans to discuss the past, present and future of the globe’s first free Black nation. They spoke of hope, justice and moving the world forward by acknowledging the truth about Haiti’s past.

“Haiti always offers the world a model of something,” said Metellus, executive director of Santa La, which provides an array of services to South Florida’s Haitian community. She later listed numerous areas — including independence, environment, healthcare and education — that showcased both Haiti’s successes and failures. “Every measure of human well-being, Haiti offers the world an opportunity to have a conversation around who we want to be and, more importantly, how these issues affect us.”

‘The Haitian story is the Black story’
From the very moment Haitians ousted French colonizers in 1804, the country had to fight to survive.

A free, Black nation? In the Western Hemisphere? Haiti’s success was antithetical to foreign powers.

“The peace of 11 states in this union will not permit the fruits of a successful Negro insurrection,” Missouri Senator Thomas Benton told Congress in the 19th Century to dissuade the United States from acknowledging Haiti’s independence. “It will not permit Black consuls and ambassadors to establish themselves in our cities, and to parade through our country and give to their fellow blacks in the United States, proof in hand of the honors which await them, for a like successful effort on their part.”

Both France and the United States would work diligently to undermine Haiti. Two decades after being ousted, France sent a legion of warships to Haiti’s coastline to demand a whopping 150 million francs, according to the New York Times’ research. Haiti obliged and, in turn, took out a loan from French banks to pay France, something that came to be known as the “double debt.” In total, according to the Times, Haiti would pay France roughly $560 million in today’s dollars over the course of seven decades. The restitution had a lasting, crippling effect on Haiti’s finances: the New York Times’ estimates put the loss to the country’s economy anywhere between $21 and $115 billion.

“That’s how serious our forebears were about this independence and that’s how much they valued it above everything else,” Metellus explained.

The United States also bullied the nation. In 1914, marines raided $500,000 in gold from Haiti’s national bank, the harbinger of the following year’s military invasion that began a near-two decade occupation where America controlled the country’s finances, amended its Constitution and ran its government. To exert that sort of control over any country, let alone one primarily comprised of Black people, shows how little America cared about people from the African Diaspora, says Lake Worth-born Haitian Akia Dorsainvil.

“That’s just America’s way, to be honest,” said Dorsainvil, a DJ and founder of Masisi, a Miami-based Black, queer collective. “Black people have been disproportionately disadvantaged in a lot of different areas — women, queer folks. America is just not that invested in our well-being.”

Fayola Nicaisse, the founder of natural beauty products line Ebene, wished the U.S. occupation of Haiti were taught in American schools, especially in states with heavy Haitian populations like New York and Florida.

Selective teaching “creates racism, it creates inferiority, it creates a sense of not knowing self, not being proud of self,” she added.

“If we’re going to have an equal America, it needs to be shared equally,” Nicaisse explained. “The white children need to learn bout Black history the same way that the Black students learn about white history. It cannot be so controlled and structured in a way that one grows up feeling like they never had contributed to anything when the others feel like they can achieve everything.”

On the island of Haiti, however, the effects of divestment can still be felt today. An estimated 60% of the country’s population falls under the World Bank’s poverty line. Roughly 62% of its population is literate, far under the Latin America and Caribbean average of 90%. And its infant mortality rate of 47 per 1,000 births is the highest in the region.

North Miami Beach Commissioner Daniella Jean sees parallels between the treatment of Haiti with that of Blacks across the globe, especially in America.

“The Haitian story is the Black story,” Jean said.

‘Haitians must be allowed to find their own way’
In spite of all the trials that Haitians have endured, hope still remains.

“If you hold on to hope, that can bring in a lot of change,” said U.S. Army Staff Sgt. Schneider Caseus, a Miami native born to Haitian immigrants who came to America in 1981.

Having staved off slavery only to repay a massive debt to the French and be robbed by the United States and corrupt dictators alike, Haiti’s current situation doesn’t surprise many. But Haiti can’t always be this way — that would mean the permanent subjugation of Blacks worldwide, says Haitian activist François Alexandre.

“A free Haiti is asking for a global unity among Africans,” Alexandre said.

Added Metellus: “Haitians must be allowed to find their own way. We’re so dependent in so many ways that other country’s interests get in the way of ours.”

Many believe reparations must be given to Haitians from the country’s historical oppressors, and not just to the country’s elite. France and America’s robbery of Haiti set the country back years when it comes to basic human services such as education, healthcare and infrastructure. That is why Haitian entrepreneur Barbara Jacques feels the world owes Haiti.

“The Haitian problem is actually a global problem,” said Jacques, founder of JACQ’s skincare. “If this is happening to Haiti, it can happen anywhere else.”

Finally, the motto inscribed on the flag, L’Union fait la force or “unity makes strength,” must be truly embraced among Haitians worldwide, said Nicaisse, the former chair of the Little Haiti Revitalization Trust.

“Our forefathers left a very clear message on our flag,” Nicaisse added. “If we are going to advance in this country to have equal rights — and when I say equal rights I mean equal things available to us that are available to others — we have to work together despite our differences.”

In Haiti, past Haitian dictators have used the country as their personal bank account. Some neighborhoods are still run by gangs. And the country is still without a president. These circumstances lead Ashley Toussaint to believe that unity has been absent in Haiti for quite some time.

“Haiti hasn’t been unified since its inception,” said Toussaint, a school administrator and entrepreneur.

“I think Little Haiti can be a bastion, an example,” said Toussaint. “If we can unify here in Little Haiti, if the Haitians can unify in South Florida in general, I think we can be an example of how the diaspora can unify elsewhere.”

Above all, Haitians see a need for a widespread education about Haiti’s role in the African Diaspora. Knowing Haitian history helped Leonce step into her own and find happiness in her heritage. In America and beyond, learning Haitian history could unite Blacks across the globe.