Who Conquered the Virus? 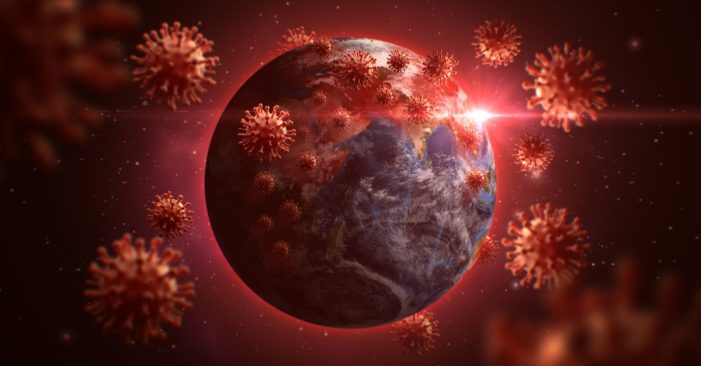 On Thursday night, President Joe Biden addressed the nation to mark the one-year anniversary of COVID-19 being declared a pandemic. He pledged that all American adults should have access to the vaccine by May 1, and that by July 4 the U.S. would be able to “mark our independence from this virus.” With America leading the world in reported cases, deaths and available vaccines, now’s the time to scan the globe’s vastly different responses to this deadly virus. What worked, what didn’t and what can we learn to enjoy a true declaration of independence this summer? Today’s Daily Dose takes you on a world tour.

THE VARYING STATES OF AMERICA

Seattle. The Emerald City started as one of America’s hardest hit, reporting a COVID case as early as January 2020 and becoming the country’s first epicenter. Now, though, Seattle has the lowest virus death rate of the 20 biggest metro areas. Experts say it was a combination of responsible residents, maintaining lockdown orders even after many other places opened and strong philanthropic networks. Seattle also benefited from a preponderance of at-home workers — Amazon and Microsoft were among the first to encourage remote working. Another plus? Elected leaders such as Mayor Jenny Durkan and Gov. Jay Inslee acted quickly and decisively. One stunning stat: If the U.S. as a whole had matched Seattle’s trend lines, it would have avoided more than 300,000 of the 530,000 deaths to date.

Florida.“There’s no such thing as corona in Florida.” That’s the quip from one viral TikTok, and it embodies the state’s blasé attitude toward COVID-19-related restrictions. Florida has had nearly 2 million cases, most coming after Gov. Ron DeSantis declared victory over COVID last May. Cases skyrocketed in July after the state moved into phase two of reopening. “They gotta try and find a boogeyman,” DeSantis said at the time. Yet, while many predicted disaster for Florida given its relaxed restrictions and elderly population, it actually has the 27th highest death rate, with blue, densely populated Northeastern states faring the worst. Meanwhile, DeSantis is tied for the lead in an early poll of potential 2024 Republican presidential contenders.

Rhode Island. The Ocean State started strong, enjoying a quiet summer thanks to tight early restrictions — such as pulling over drivers with New York license plates and requiring them to quarantine. By fall, cases began ticking up, and in December, Rhode Island experienced more deaths and cases per 100,000 people than any other state. As people retreated indoors during the winter, the state’s dense population likely contributed to the spread: The center of the outbreak, Central Falls, has 16,000 people per square mile. Multigenerational poverty and racial disparities also played a role: Latinos are 6.7 times more likely to be hospitalized with the virus than white Rhode Islanders. Now, the state is offering to vaccinate anyone who wants it, regardless of age, in Central Falls, and that kind of targeted treatment is dramatically driving cases down.

What’s Next? The landmark $1.9 trillion coronavirus relief law signed by Biden on Thursday is best known for dishing out $1,400 checks to most Americans, plus $300 monthly payments per child to families, as well as beefing up unemployment insurance and Obamacare. But it’s also a pandemic-fighting tool. The bill hands another $7.5 billion to the Centers for Disease Control and Prevention for vaccine distribution — plus an additional $1 billion for vaccine awareness campaigns, and $600 million to the Indian Health Service to get Native Americans vaccinated. The law also puts in place $46 billion for a national strategy to diagnose and trace COVID-19 cases, which could help in the race against new virus variants.

Tanzania. The country stopped reporting coronavirus data last May. But just because you don’t believe in the virus doesn’t mean the virus doesn’t believe in you. President John Magufuli may be learning that the hard way, after the 61-year-old disappeared from the public eye in late February, with reports emerging that he’s been hospitalized in India with the virus, after first spending time on a ventilator in a Nairobi hospital. The closest thing to a restriction that he’s enacted is highly optional mask-wearing.

Brazil. Second only to the United States in COVID-19 deaths, having crossed the quarter-million mark recently, Brazil’s denialism is now harming countries throughout Latin America. President Jair Bolsonaro continues to downplay the virus’ effects even after contracting it himself, leaving each city and state to take its own approach to lockdowns. Examples of innovative activism have emerged, including a movement of socialist rural squatters distributing thousands of tons of food to hungry families. Evangelical missionaries, though, are reportedly telling tribes not to take the vaccine because “they will turn into an alligator.”

Sweden. It seems like just yesterday that some lusted after Sweden’s “herd immunity” approach to the virus, essentially staying open and letting COVID run its course. But the country is backpedaling. By December, the king of Sweden announced, “I think that we have failed,” after the nation was hit with a second wave of cases, which herd immunity was supposed to repel. In January, Sweden passed legislation enabling the government to enact restrictions on businesses. Before the new law, restrictions were mostly unenforceable.

Vietnam. No one has taken a harder line on COVID-19 than this one-party communist state of nearly 100 million people that shares a land border with China. Its aggressive quarantine and contact-tracing system have helped the sprawling country survive multiple virus waves and kept cases incredibly low, with just 35 deaths, a particular triumph when compared with far richer and more compact countries. Vietnam is known to quarantine flights if just one person tests positive.

China. Wuhan, the city of 11 million where the virus originated, spent months in lockdown — preventing it from spreading more widely in China in the early days of the pandemic, and effectively buying the rest of the world time. Wuhan started as a grim foretelling of the world’s future in lockdown and is now displaying the kind of normalcy we all crave. But even a full year after spending 76 days in isolation, many residents are finding it hard to charge into the future, ushered by the Chinese government, without the chance to heal from the trauma.

Slovakia. The small European nation of 5 million tested almost all of its adult population last year, when the rest of the continent was struggling — and then asked them to get a second test. It was part of one the boldest, most rigorous COVID-19 screening programs in the world. The result? Slovakia had the lowest number of deaths per capita in Europe for several months, before a recent spike due to a COVID-19 variant, prompting giants like the U.K. to send experts to learn from the Slovaks.

Singapore. It turns out you can benefit from an epidemic. This Southeast Asian city-state took the lessons it learned from the SARS outbreak in 2003 to effectively manage COVID, in part by recognizing the signs of a devastating global pandemic earlier than most. The country locked down quickly and dispensed information clearly to a populace that was already prepared to don masks and ride out the siege. The country’s researchers are even sifting through sewage to look for traces of the virus — now that’s commitment.

Canada. In 2003, SARS also hit Toronto, making Canada the only non-Asian country to report deaths, with 44 dead in all. Determined to have a better response this time, Canada became a world leader in lockdown protocols while managing to keep the pandemic toll under 25,000 deaths. One of the most prescient moves may have been cutting off border traffic with its beleaguered southern neighbor. Although the decision had significant economic drawbacks for Canada, it shielded the country from America’s world-leading COVID cases and deaths. But now Canada is lagging behind the U.S. in vaccinations, as it lacks the same ability to mass-produce shots.

South Korea. Some argue that a collectivist culture, common to East Asia, has helped South Korea stave off the virus — but it may just be experience that proves most powerful of all. After battling SARS and Middle East Respiratory Syndrome (MERS), the country keeps an infectious disease outbreak plan ready, and updated every five years, which seems smart, given that Bill Gates predicted on The Carlos Watson Show that we could start seeing world-threatening pandemics at least once a decade. That plan allowed the South Korean government to quickly rally the private sector while running widespread, effective testing and contact tracing. To date, only 1,662 South Koreans have died from COVID-19. That’s half the number of deaths America was suffering each day in late January.

Italy. Say goodbye to those Roman nights. The country, known for its thriving nightlife, still has a 10 p.m. curfew, a restriction that has been in place since November after a disturbing rise in cases. Italy was the first Western country to enforce a lockdown, offering a dark glimpse into what lay ahead for the rest of us. Italy’s strict measures eventually managed to curb the spread of the disease, but recent upticks in cases have sent the country back to a state of emergency, even as some wonder if these restrictions will be successful as neighbors like Spain and Greece aim to reopen travel for the summer. Any vacation plans will be aided by the introduction of “vaccine passports” good throughout the European Union.

The U.K. The U.K. can’t catch a break. The country has had the highest number of deaths in Europe, after a wildly inconsistent lockdown strategy over the past year, and now the particularly contagious and deadly variant first discovered on British soil is making things worse. The good news? The Pfizer vaccine, and others, seem to be almost as effective in preventing the U.K. variant — and the U.K. has one of the world’s best vaccination rates, at 37 doses per 100 people (compared to 30 in the U.S.). However, with a South African strain recently emerging that challenges both the Pfizer and Moderna vaccines, it’s too early to breathe easy.

India. India has the second-highest number of infections and the fourth-highest death toll in the world, after the U.S., Brazil and Mexico, but one of the lowest per-capita mortality rates. Some believe it’s due to its younger population, or the fact that it was hit by the pandemic later. The nation now aims to vaccinate 300 million people by August, a goal it is already struggling to meet. The world will be watching: With 1.39 billion people, nearly a fifth of the global population, it’s difficult to imagine a world returned to normal with open travel until India gets a handle on the virus.